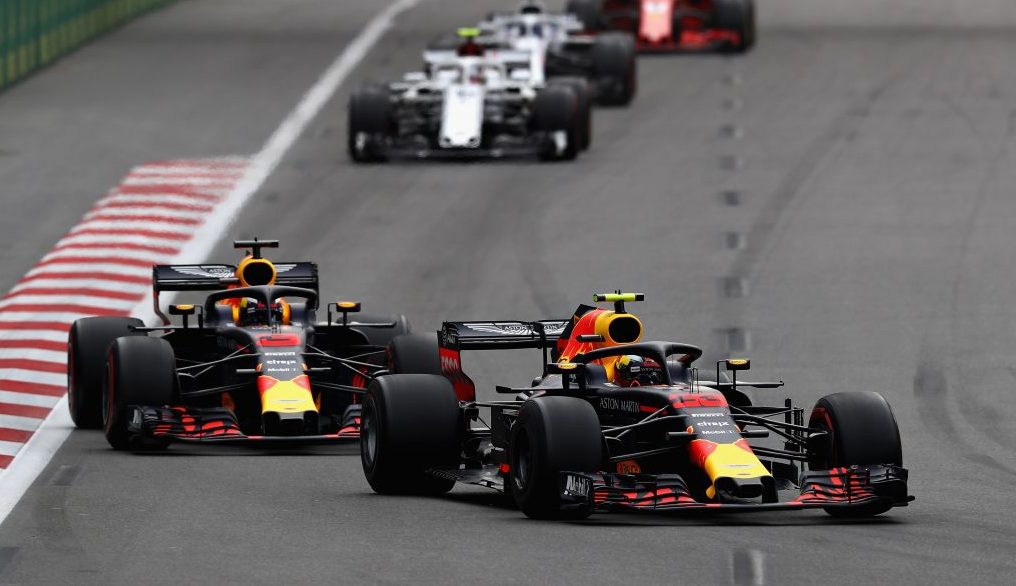 Azerbaijan Grand Prix – Both Daniel Ricciardo and Max Verstappen have received reprimands for their parts in their collision in Baku.

The Red Bull duo had been scrapping throughout the race, Verstappen originally passed Ricciardo after the first safety car restart.

However, Ricciardo fought back several times and attempted passes at turn one, with one resulting in minor contact between the two.

He eventually passed, but found himself behind his team-mate after both drivers had pitted for fresh tyres.

He made another attempt into turn one, but instead ran into the back of Verstappen, eliminating both from the race.

The pair were called to the stewards after the race and, whilst post-race penalties were handed out, both were handed with reprimands for their respective parts in the collision.

“It was obvious to the stewards that although the incident had its origins in the moves by car 33, the driver of car 3 also contributed to the incident.

“Both drivers expressed regret about their respective contributions to the incident, during the Stewards’ hearing.”