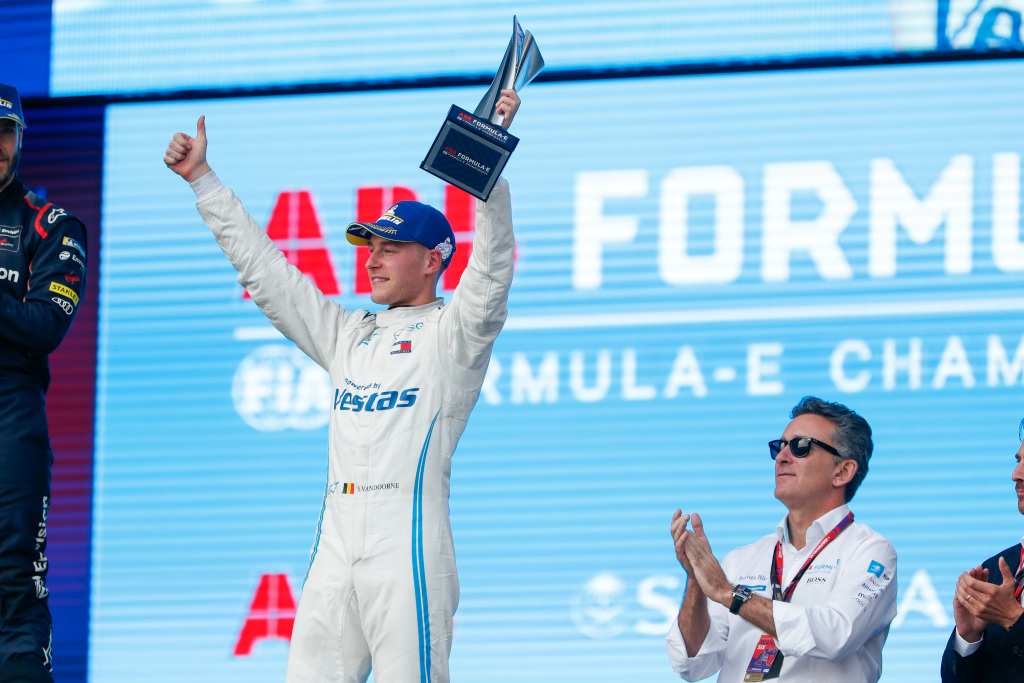 Formula E racer Stoffel Vandoorne has been named as a reserve driver with Mercedes Formula 1 team ahead of the 2020 season.

Vandoorne is currently leading the Formula E standings with the Mercedes EQ Formula E team, and will share the role with former Sauber and Haas driver Esteban Gutierrez.

The Belgian left F1 at the end of the 2018 season after two unsuccessful years with McLaren.

The two drivers have been called up to replace former Mercedes reserve driver Esteban Ocon, who will drive for Renault alongside Daniel Ricciardo in F1 this season.

Following the cancellation of the Sanya ePrix and the Chinese Grand Prix, there are only three events that clash on the Formula E and F1 calendars which means Vandoorne should be able to present at 18 of the F1 weekends.

“I’m really happy to be joining Mercedes as a reserve driver,” said Vandoorne.

“It means I’m going to be super busy this year because I’ll be travelling to all the Formula 1 races that don’t clash with Formula E. Busy schedule, but very excited and it’s a step up in the Mercedes family.”

Alongside teammate Fernando Alonso, the 27-year-old managed to score 26 points between 2016 and 2018, with a best finish of seventh at the 2017 Singapore and Malaysian Grands Prix.

During both of his full seasons in F1 he finished in 16th place.

Gutierrez spent the last two seasons as a Mercedes test driver and has now been promoted to the role of reserve driver.

During three full seasons in F1 Gutierrez managed just six points, all of which came at the 2013 Japanese Grand Prix where he finished seventh.

Mercedes also published the first images of the W11 today, as they look to secure a seventh consecutive double world championship.

The team released images of their car online this morning and are conducting a shakedown at the Silverstone circuit on Friday.