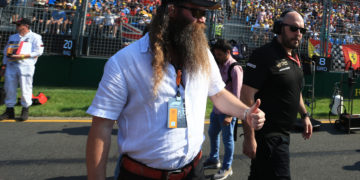 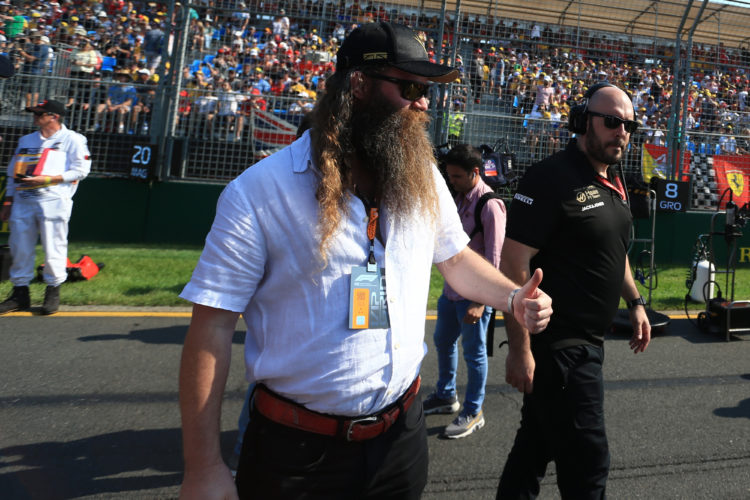 Rich Energy were title sponsors of the Haas team in 2019, but the contract was terminated during summer of that year following a long and drawn out legal battle between Storey and various creditors (including Red Bull) as well as an attempted ‘internal coup’ as other shareholders attempted to wrest control of the company from Storey. This resulted in the contract between Haas and Rich Energy being terminated by both parties.

Storey’s company went through a company rename to ‘Lightning Volt’, with shareholder Neville Weston setting up his own ‘Rich Energy’ at the same time. Weston’s Rich Energy has been dormant ever since.

Speaking to FormulaSpy, Storey insisted that the company’s return to F1 sponsorship is genuine: “We are delighted to return. We were valuable enough in 2019 for corporate investors to try & steal the brand & our major competitors to repeatedly take legal action.”

“I said, from day 1, we would beat the competition & our return to F1 is the next step of me being vindicated. Many fans actually support us & we aim to add colour to a dreary corporate paddock.”

Storey’s Rich Energy went into liquidation shortly before the announcement, with joint liquidator Chris Farrington from London’s Resolve Group confirming to FormulaSpy that they began the liquidation process on January 4th on the back of a UK court order from mid-November.

Despite this liquidation process starting, Storey insists this has no effect on his business. “Rich Energy is an international group trading in multiple countries.” he said.

“Corporate shareholders tried and failed to steal the brand & blew up the UK distribution company in the process. Commercially idiotic & hubristic. Unfortunately, Haas believed the nonsense of this group which they now regret.”

“Despite that attack I have led a renaissance of the brand worldwide & our return to F1 is merely the next step of our growth.”

Speaking to the UK’s Chronicle Live, Storey addressed the UK company accounts from 2017 which showed finances that appeared to suggest F1 sponsorship wasn’t realistic: “A set of UK accounts from 2017, which by the way is a whole year and a bit before we even signed the deal to be in Formula One and a year and a half before we were in Formula One, on the UK distribution business, it is what it is. Rich Energy is an international brand and it is sold in multiple different countries.”

“You don’t need to be a business journalist to know that looking at one entity in the UK from 2017 is unlikely to give you a full picture.”

No further accounts have been filed with the UK’s Companies House since those 2017 snapshots.

Whyte Bikes, who led the trademark legal battle against Rich Energy in British courts in 2019, were awarded £35,416 for the drinks company using the cycle manufacturer’s logo. Whyte Bikes’ CEO Guy Farrant has confirmed that Rich Energy, to date, have not paid those court damages and have noted the latest updates from William Storey.