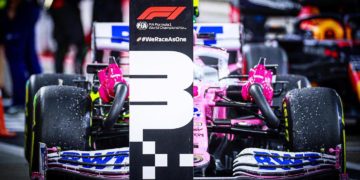 Stroll: If not for the lock up, “I could have won”

Stroll: If not for the lock up, “I could have won” 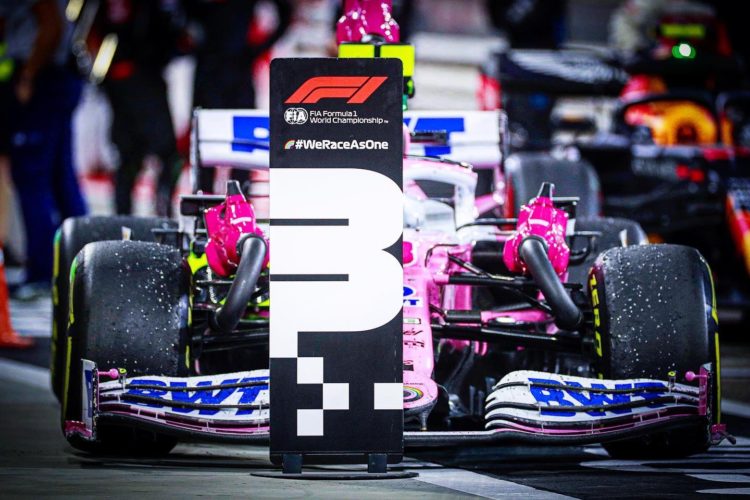 Sakhir Grand Prix – Lance Stroll believes that if not for a mistake after his stop, he could’ve been the Racing Point driver on the top of the podium.

Stroll took his second podium of the season after making the one-stop strategy work. Starting tenth, the Canadian driver found himself in third, ahead of both Esteban Ocon and Sergio Perez, behind the two Mercedes cars when he served his only tyre change of the race.

The exit from that stop is where Stroll believes he lost his chance at a debut win as he ran wide and then locked up on the fresh tyres allowing Ocon and Perez past into what would later become first and second.

“A part of me is a little bit disappointed as I think I could have won the race,” said Stroll. “I went a little bit deep on my pit exit after my pit stop and Esteban managed to get by me and then I just didn’t have the pace.

“I locked up, Sergio went by, but I just didn’t really have the pace to overtake Esteban so I got held up there a little bit. But all in all, very happy for the team, it’s an unbelievable result, first and third is exactly what we needed this weekend for the championship.”

Going into more detail about the move, Stroll said: “We had great pace on that first stint and managed to go very long in the race. Unfortunately Esteban got the DRS, he pitted a lap earlier and was right behind me coming out of Turn Two, so he picked up the DRS and got alongside me and managed to get by into Turn Four – but it was some good wheel to wheel action, so had some fun there.

“Then afterwards it just locked-up into Turn Four, which allowed Sergio by, but he had better pace on a fresher set of tyres and managed to get by Esteban, whereas I was struggling a little bit, so all-in-all the biggest thing today is the fact that both cars are on the podium.”

After starting the season with a strong run of points that culminated in his second ever podium appearance at this year’s Monza Grand Prix, Stroll has had a difficult run of things. Failing to finish in four of the seven races between Monza and Sakhir, missing another due to a positive COVID-19 test, and took a spectacular pole in Turkey but could only convert it to a ninth place finish.

Stroll said his return to the podium was “very sweet” and a great result given their starting position but believes the medium tyre might have been the optimal compound to start on despite his soft tyres getting him half way through the race.

“Very sweet. Such a great result for the team today. We didn’t have the best day yesterday. In Q2 we picked up some damage on the floor, so we lost a lot of performance in Q3 and that put us on back foot for today.”

“Even though the Soft did feel good, there was much better pace on that Medium. And even Esteban, I think, was closing in on me towards the end on that Medium. But yeah, from where we started, I think we did a great strategy today. It was a very fun race. The Safety Car at the end spiced things up, so we were all wheel-to-wheel, racing for the podium.

“Sergio pulled away but between the rest of us, I was slowly catching Esteban, not quite enough to get on his DRS but then I had Sainz behind me that was hunting me down. He had some good pace so it was very tense there in the last few laps but great to keep the podium.”