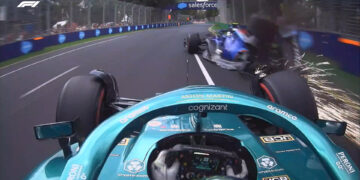 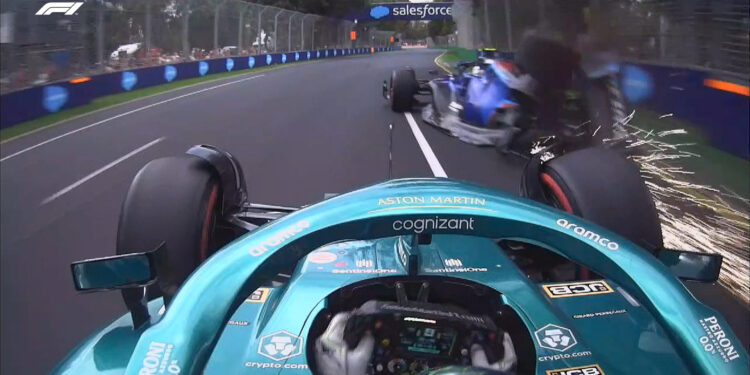 Australian Grand Prix – Lance Stroll has been handed a grid penalty and more points for his licence after colliding with Nicholas Latifi during qualifying.

After a crash at the end of free practice 3, Aston Martin had only just managed to repair Stroll’s car and send him out with four minutes left in the first part of qualifying. However, before the Canadian had managed to put a time on the board he and his fellow countryman Latifi, clashed, breaking the front of Stroll’s car and completely destroying the Williams.

Latifi had pulled out of the way of the Aston Martin driver but when he saw that the green car was on a slow lap he moved to retake the position. Stroll moved across on the Williams and touched his front right to Latifi’s rear left.

A dramatic moment at the end of Q1 😱#AusGP #F1 pic.twitter.com/vx3TthAaUH

Talking to F1.com post-session, Latifi was clear that he felt the blame was wholly on Stroll: “For me, it’s quite clear,” he said. “I let him by because I was told that he was on a push lap, he obviously must’ve backed off a corner or two before and then I just wanted to get back by and carry on with my cooldown lap and get my tyre preparation correct.

“There was a big gap at the time. I went for it and for whatever reason, once I got alongside him he decided to turn in. I’ve seen the video, it’s clearly his fault. He turned into me.”

Stroll however, put the incident down to bad timing and the way the track is at that point: “It’s a shame that we had a terrible day. It was a very awkward situation, what happened on that cool-down lap.

Once the stewards had heard from the drivers and seen the footage however, they felt that Stroll’s “lack of situational awareness” put him predominantly at fault, adding two penalty points to his licence (now at 8 over the course of the past twelve months) and gave him a three place grid drop. That penalty won’t make any difference to the Aston Martin driver race though as he was already slated to start last as he had failed to set a lap time.

It was a strange case of when one door closes another opens for Aston Martin, as that crash brought out the red flag, halting the qualifying session with two minutes left on the clock. Sebastian Vettel had also shunted in the morning’s practice session and while the team were frantically trying to repair his car, it would not have been ready for the end of Q1. The red flag though gave them just enough time to get things sorted and let the German driver get a solitary flying lap in for his first qualifying of the season.

Vettel will start P18 with his teammate P20.

“LAT made the decision to accelerate and pass STR on the right as STR was moving right toward the right hand edge of the track where the track curves slightly to the right on the run to turn 6. Contact was made between STR’s right front wheel and LAT’s left rear wheel, with the subsequent damage putting both cars out of the session.

“The Stewards find that STR was predominantly to blame for the collision because of his lack of situational awareness of LAT’s passing manoeuvre.”