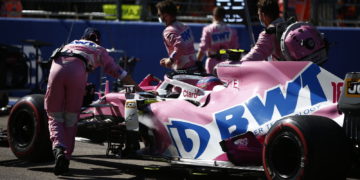 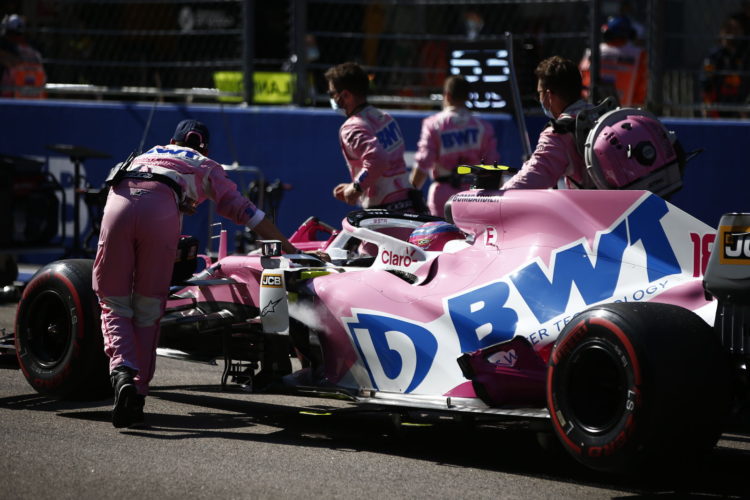 Russian Grand Prix – Racing Point’s Lance Stroll says he thought Charles Leclerc should have been penalised for taking him out on the first lap.

Having started outside the top ten after his power unit overheated during the red flag stoppage in Q2, Lance Stroll made a lightning start to the race at Sochi. Vaulting up to P7 through the opening corners, Stroll was vying with Ferrari’s Charles Leclerc.

Running on the outside of the Ferrari driver, Stroll appeared to be through but Leclerc kept his nose in through Turn 4 and tagged the right rear of the Racing Point. Stroll was turned around to go sideways across the track and was out of the race. Leclerc was able to continue without damage.

“I made a great start to the race and I was up to P7 by the time of the collision.” said Stroll afterwards.

“Having had the free choice of tyres, by starting outside of the top 10, we were in a really good place to execute a strong race and score plenty of points. Sadly, it wasn’t to be because my right-rear tyre got hit by Leclerc on the opening lap.”

I’m very surprised that he didn’t get a penalty because I left him plenty of room and he could have avoided making contact by not going so wide on the exit.” Stroll continued.

“So yeah, it’s kind of ridiculous that he didn’t get a penalty.”

“I was on the edge of the track and couldn’t have done more to avoid him, so I’m disappointed that a careless move cost us a potentially good result. What’s done is done, and I’m ready to focus on coming back stronger in Germany next time out.”

Team boss Otmar Szafnauer said Stroll was blameless in the collision: “Lance was taken out of the race on lap one – through no fault of his own – when Leclerc hit his right rear tyre. That spun Lance around and into the wall. It’s a massive shame because he had made a superb start and was already up in P7 right behind Perez. Given the pace of the car, it’s frustrating that Lance couldn’t score the points he deserved today.”