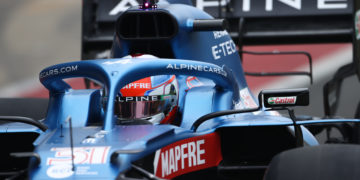 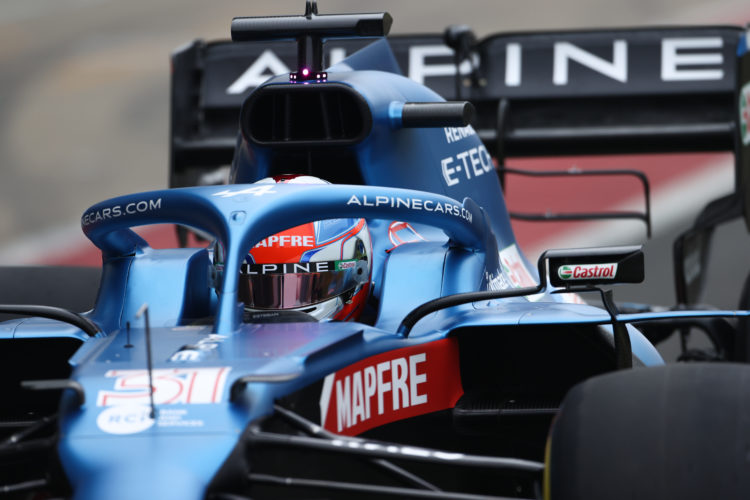 Alpine have completed a day’s track action at Silverstone, with Esteban Ocon driving the team’s new A521 for a filming day. Hot off the back of their launch event on Tuesday, Alpine left their Enstone factory to visit Silverstone on Wednesday. This was for their first filming day of 2021, with the team fielding Esteban Ocon for the day as Fernando Alonso continues recovering at home after a cycling accident two weeks ago.

Teams are permitted two filming days per season using their current car, with most teams choosing to use the first of these marketing days as a form of shakedown ahead of the much more important testing days. Pre-season testing for 2021 takes place at the Sakhir Circuit in Bahrain from the 12th to the 14th of March.

The A521 is an evolution of last year’s Renault R.S.20, with a logical evolution of their Renault E-Tech 20B power unit in the back.

Alpine’s day wasn’t without disruption, as fog enveloped the circuit shortly after Ocon headed out on track at 9am for an installation lap. Eventually, the French driver was able to get out on track to complete 16 laps of the full Silverstone circuit. This equated to 100 kilometres – the maximum permitted distance teams are permitted for filming days.

Discussing his first impressions of the A521, Esteban commented: “It was really good fun today. First of all, it was nice to get in the car again at a track like Silverstone as that’s always something special. The car felt nice to drive for the first time and we managed to get through our programme as planned.”

“There was a bit of a delay this morning with the fog, but once that cleared, the track was dry and that made the running very enjoyable. I wish I could drive for more than 100km, but that’s the limit, and I leave here with a smile on my face. We want to take that into Bahrain next week when conditions will be more representative with the race tyres and some heat. All in all, it was a very interesting day and I can’t wait to discover more about the car. I have to say, I love the new colours. It’s the best-looking car on the grid!”

While Alpine depart the track on Wednesday night, Silverstone won’t be silent just yet. Aston Martin will hold their filming day with their new AMR21 on Thursday, with Sebastian Vettel and Lance Stroll both getting a chance to drive the new car. Alpine’s next on-track appearance will be in Bahrain on the 12th of March, where Fernando Alonso will also get his chance to drive the new car.