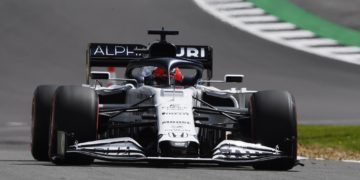 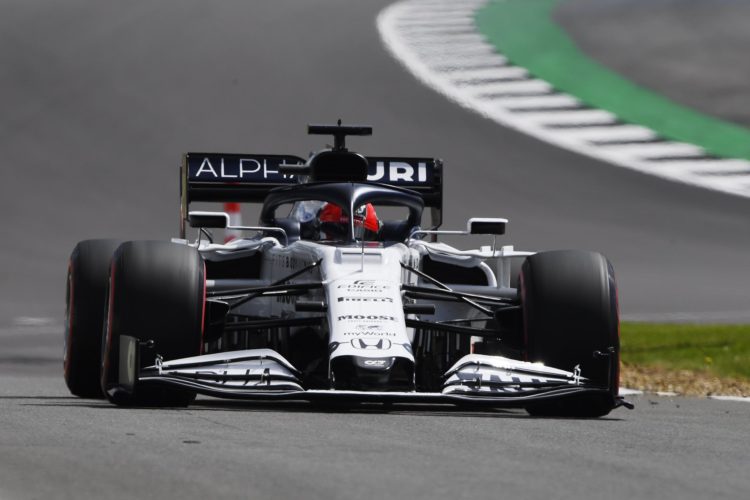 British Grand Prix – The finger of suspicion is pointing at a rear puncture for Daniil Kvyat as the cause of his frightening crash during the race.

The Russian had a huge shunt on lap 12 after losing the back end of the car in the high-speed Maggots and Becketts section of the track.

Kvyat had made gains early on in the race after starting back in 19th following a gearbox change. The 26-year-old got as far as 12th before his shunt, which brought out the Safety Car. Fortunately, the Russian driver was uninjured from the incident.

“I think it was a very strong race despite the fact it was cut short,” said Kvyat after the race. “I had a good start, great pace and made quite a few overtakes, catching up to the cars in front.

“We were on for a good result today when all of a sudden at Turn 10 I lost the rear of the car. I thought it was my fault, as at first I always tend to blame myself, but after reviewing the video we saw that something happened out of my control, so we will need to check all the data to understand what exactly caused the failure.

“It’s disappointing as we could have scored some good points here today, but I will try again next week.”

The Safety Car did assist his teammate Pierre Gasly who was called into the pits for hard tyres. It remains unclear as to the cause of the incident, but Alpha Tauri Team Principal, Franz Tost, believes it may have been a rear puncture.

Tost was quick to praise Kvyat’s unlucky race and explains that investigations will be made into the reason why he crashed.

“Daniil started the race from the back in P19 due to a 5-place grid position penalty,” said the Austrian. “But he had a good start and was immediately very competitive, catching up to Pierre [Gasly] in P12.

“He was actually behind him when he had his accident at Maggotts, which we will need to investigate but it looks like it might be due to a rear puncture.

“However, the most important thing is that he got out of the car without injuries and he is completely fine.

“It’s a real shame as he was showing great pace and I think he might have also finished in the points. We are now looking forward to next week for the second race in Silverstone.”

.@kvyatofficial had a mega start today and climbed up to P12 from P19, however, it looks like a puncture put an end to a possible points-finishing race 😕