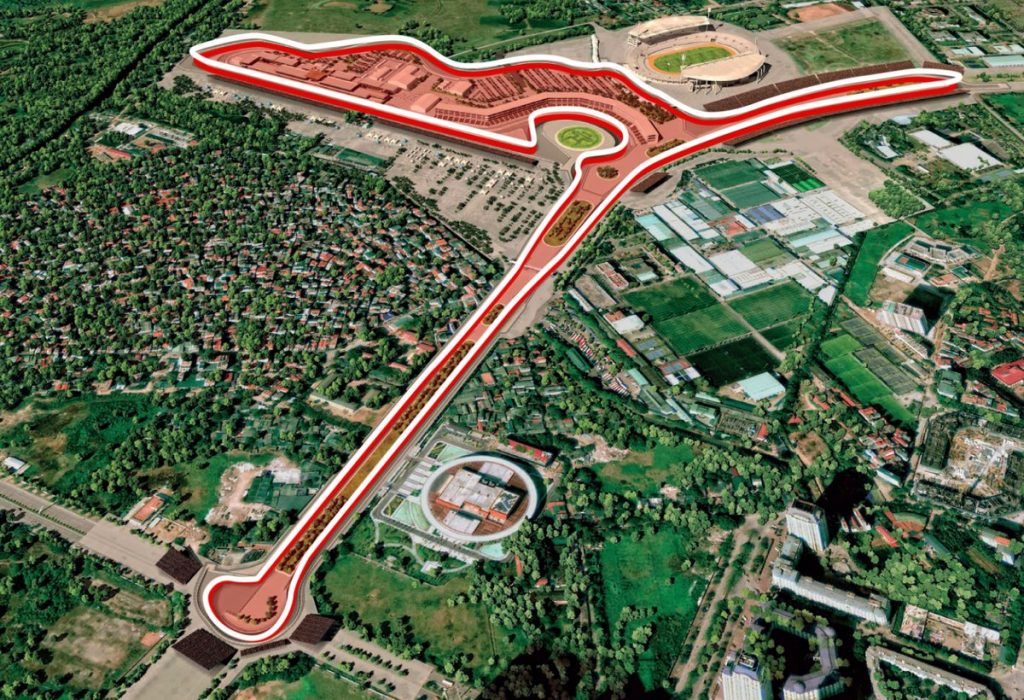 Take a look at the new Hanoi Street Circuit in Vietnam

Take a look at the new Hanoi Street Circuit in Vietnam

The planned circuit, revealed by F1

Vietnam Grand Prix – Formula 1 have released details and images of the planned street circuit in Hanoi.

As reported earlier, F1 touches down in Vietnam for the first time in 2020 with a planned street circuit in Hanoi.

The circuit itself is a mix of inspirations taken from existing circuits, with ideas taken from the likes of Monte Carlo, Suzuka & the Nurburgring. F1’s Motorsports team oversaw the design with help from the Hanoi Feasibility Group to finalise a design with input from Herman Tilke’s company, as well as the FIA and the race promoter Vingroup.

The new circuit, located near the My Dinh National Stadium in Hanoi, the designers have come up with a design that aims to bring together a street circuit feel with a ‘countryside track’.

According to press material, Turns 1 and 2 are based on the opening corners at Germany’s Nurburgring, the modern version of the circuit as opposed to the Nordschleife. Turns 12 – 15 are inspired by the opening section of the Monte Carlo street circuit, taking in Sainte Devote’s exit and the run up towards Massenet, before swapping to a design taken from the esses in the first sector of Suzuka. Malaysia’s Sepang circuit has also had its famous final sector sweeps lifted for inspiration as the final few corners in Hanoi.

The long straights mean setups will be difficult, as downforce will be needed for the trickier sweeps, but not so much that drivers are left sitting ducks through the fast sections. The design has also taken into account pitstop times, with the pitlane skipping the first and last corners to ensure quicker pitstop times.

What do you think of the new Hanoi circuit in Vietnam?