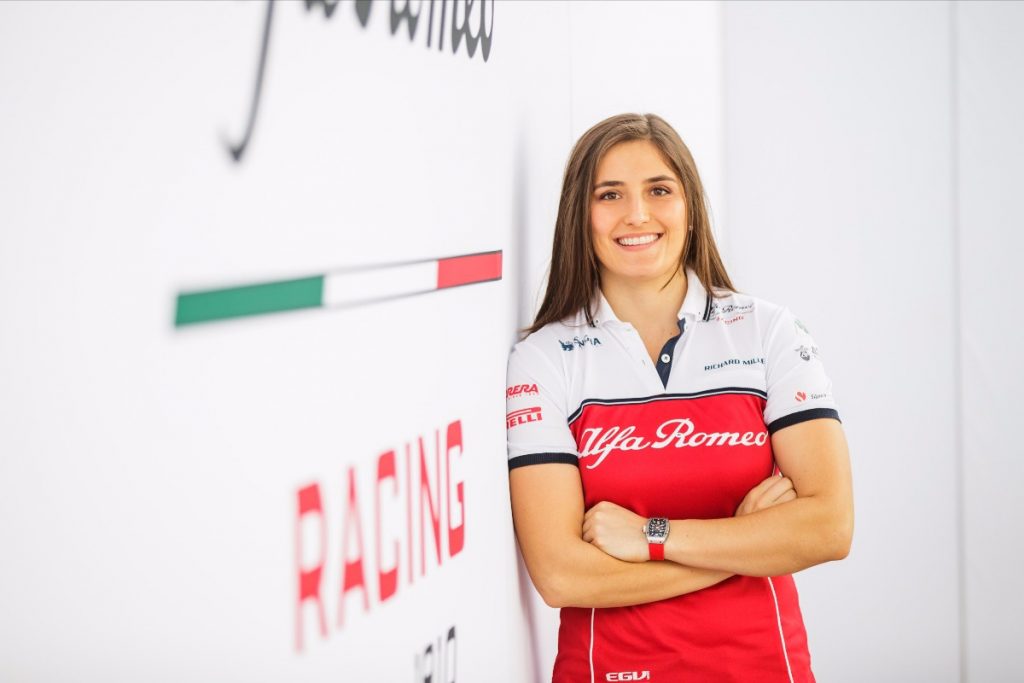 Alfa Romeo have confirmed that Tatiana Calderon will be their test driver in 2019, having made her F1 driving debut with the former Sauber team at the end of 2018.

The Swiss driver has already confirmed her participation in Formula 2 this year, becoming the first female racer to reach the F2/GP2 series since its inauguration over a decade ago. She will race with Arden International after stepping up from GP3.

Over the tail end of 2018, Calderon got the chance to drive a Formula 1 car for the first time when she participated in a filming day with Sauber at the Autodromo Hermanos Rodriguez after the Mexican Grand Prix. Also testing at Fiorano in a V8 engined 2013 Sauber, she got a chance to drive a Techeetah Formula E car during the rookie test in Marrakesh in January.

Continuing her strong upward rise, Alfa Romeo, formerly Sauber, have confirmed they have retained her services where she will now serve as a test driver.

“I’m extremely happy to continue as Test Driver for Alfa Romeo Racing this year, they’ve done a fantastic job from one year to the other and it’s always a privilege to work alongside such an experienced people.” beamed Calderon.

“They gave me my first opportunity to drive a Formula One car and I love being part of the team. Hopefully, we can achieve great things together in the near future. I want to thank Frédéric Vasseur and Alfa Romeo Racing for believing in me and continuing this journey together.”

Team boss at Alfa, Frederic Vasseur, welcomed the announcement by saying: “We are pleased to announce that we will continue our collaboration with Tatiana Calderón as Test Driver. The team is impressed by Tatiana’s commitment, persistence and skill.”

“She delivered a good performance when she was given the opportunity to drive a Formula One car for the first-time last season and has proven to be a valuable member of our team. Together, we will work on further developing Tatiana’s skills as a driver and the Alfa Romeo Racing project.”