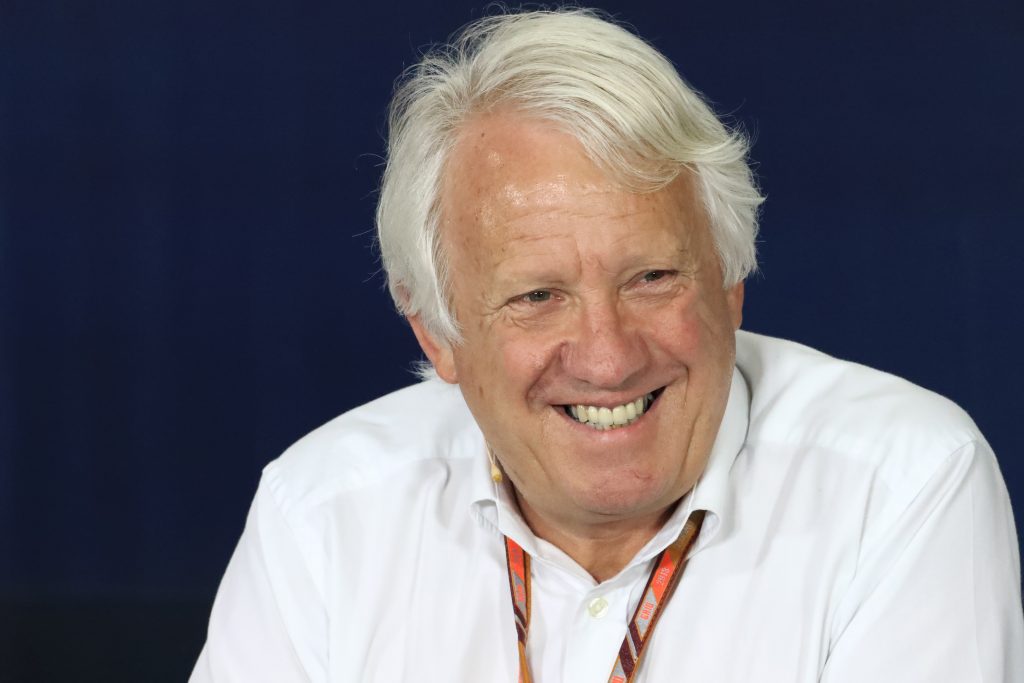 Australian Grand Prix – There has been an outpouring of sadness and tributes to the late Charlie Whiting, after the Race Director passed away in his sleep on Wednesday night.

The sad news broke on Thursday morning that Charlie Whiting, the FIA’s Race Director since 1997 but with F1 involvement going back to the 70s, had passed away of a pulmonary embolism overnight.

Understandably, this led to tributes being paid to Whiting everywhere. The FIA Press Conference with five of the drivers got underway with them being asked for their thoughts about the man who oversaw their F1 racing careers: “I’ve known Charlie since I started in 2007.” said Lewis Hamilton. “I made some comments this morning on my Instagram. It may have not worked, as I think it’s down but obviously incredibly shocked this morning to hear the sad news and my thoughts and prayers are with him and his family.”

“What he did for this sport, I mean, his commitment… he really was a pillar, as Toto said, such an iconic figure in the sporting world and he contributed so much for us, so may he rest in peace.”

“I guess I was as shocked as we all are still now, when I head the news this morning, especially because I spoke to him yesterday and walked the track for the first couple of corners together with him.” said Sebastian Vettel.

“Difficult to grasp when somebody is just not there anymore. To add to what Lewis said. I’ve known him for a long time and he’s sort of been our man, the driver’s man. Obviously there are regulations and all that and then there is us and he was the middleman. He was someone you could ask anything of, anytime. He was open to everyone at any time. His door was always open. He was a racer. He was just a very nice guy. Shocked. I don’t think there’s that much to add. I think all our thoughts, the whole paddock, the whole circus, the whole family of Formula One; all our thoughts are with him and especially with his family in these difficult circumstances.”

“Obviously it’s a very sad thing to happen. He was a great man, I mean I always had a very good relationship with him and I think, generally, he did an amazing job for F1 over all the years that he’s been in it. I think he kept us as drivers under control and behaving, you know. It’s sad, not just for racing and losing one main guy but generally, in life, none of us wants these things. Unfortunately, it’s part of life, and it’s a shame.” Kimi Raikkonen, Alfa Romeo

“I think it was a big shock, also because I spent the day with him in Geneva a few weeks ago and we had a good chat, just about a lot of things.” reflected Max Verstappen.

“When I left at the time, I was like “see you in Australia for another season of racing” and when you hear this news it‘s just unbelievable – just 66 years old. I guess we just have to appreciate every day and every morning you wake up and that you enjoy life, and that it’s not only about Formula One but there are a lot of other things in life and this is just one part of it. And yeah, I think at the moment what is most important is that the thoughts are going to his family and friend and close ones.

Charlie Whiting was known and beloved by all who knew him in #F1. David Tremayne looks back over his amazing career, and what made him such an inimitable figurehttps://t.co/jUzwjMTgfN

“Not the nicest news to walk into.” said Daniel Ricciardo. “Taken aback by it, for sure. I’ll try to make it slightly more positive. As Seb said, he was there for us, and we gave him a hard time. We would really press him and push him and make him work, but he was always really receptive and you always felt like he was on our side. I guess we were like a broken record with a lot of the things we would complain about but he never really shut it down. He was always ears open. I think he did a lot for the sport.”

“We’ll have some very nice and positive memories of him. I remember my first Aussie GP, in 2012, going up. I remember we were with Franz and he goes “go and introduce yourself to Charlie; it’s the start of a new season” and start the relationship on a good news. Time goes fast, but as Max touched on, it’s important just to appreciate it, each moment. You do take it for granted. I’m sure we’ll all race with a lot of passion this weekend and it’s just a reminder as well that we are all very lucky to be in this position.”

"He was a great man, he did an amazing job for F1 over the years"

Totally shocking news of Charlie Whiting’s passing. Charlie was a true Giant in our sport and very possibly irreplaceable. Sincere condolences to his family and everyone who appreciated this man. RIPmyfriend.

A much-respected figure and figurehead of F1 – He is part of what F1 became and how safer it is today – Condolences to his family – RIP Charlie https://t.co/GwMAyMclHB

So sad to hear my good friend Charlie Whiting has passed away, Chaz you will be missed and F1 will miss you as you have been part of the family a very long time. My thoughts are with friends and family RIP #CharlieWhiting #Chaz #F1

All at McLaren are shocked and deeply saddened at the news of Charlie Whiting's passing. Charlie will be remembered as one of the giants of our sport, as well as a great colleague. Our deepest sympathies and thoughts are with all of his loved ones. pic.twitter.com/DmrSZAT4Cc