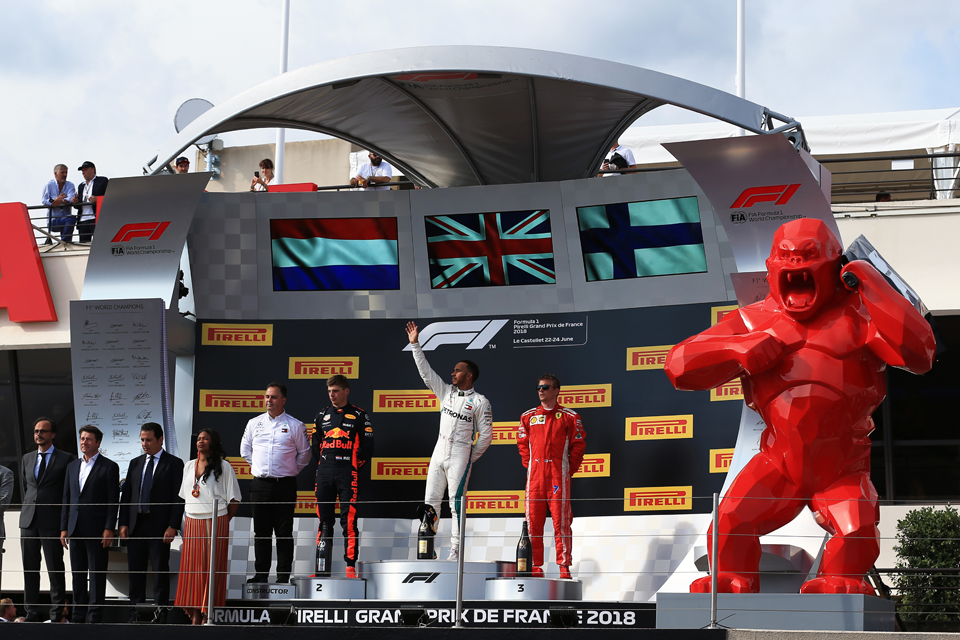 French Grand Prix – In a racier-than-expected affair at the Paul Ricard Circuit, Ferrari’s Sebastian Vettel had a nightmare start to effectively hand the championship lead to Mercedes’ Lewis Hamilton, but what were the other talking points from the return of the French Grand Prix?

Having originally planned to introduce their updated power units at the Canadian Grand Prix, Mercedes decided to delay the introduction of the new units until the French Grand Prix due to a quality control issue.

Many spent the first couple of days of the French Grand Prix weekend trying to figure out if Mercedes (and their customers) were sticking with their ‘spec 1′ units, or upgrading. Confirmation was received from Mercedes on Friday that not only were they updated power units, but they claimed that the time delay allowed them to make additional gains, hence why they labelled the PU as “phase 2.1” as opposed to simply “phase 2.0”.

It’s not known whether calling it “phase 2.1” was merely Mercedes’ way of covering up an error, but the team were making positive noises about the performances gains, which would’ve certainly helped them claim pole position.

The only potential blemish was the DNF for Force India’s Sergio Perez, who has a Mercedes PU in the back of his car. The car retired with a power-related issue, specifically a water pressure problem, and investigations will be ongoing into the exact cause of the retirement.

The organisers of the French Grand Prix came under fire at the start of the weekend when many fans had difficulty in getting to the venue. Huge tailbacks were reported, and many fans were reporting on social media that they gave up after queuing for hours to get to the circuit.

The situation improved as the weekend progressed and more car parks were opened up, but many were still critical of the delays and the time taken to access the circuit.

Liberty Media and the organisers have already promised improvements for next year, but hopefully the incidnet hasn’t discouraged fans from turning up next season.

We’re only eight races in, but already it looks like the championships could be going the way of Mercedes and Ferrari. Red Bull were able to profit from a combative race to take second and fourth, a better result than they would’ve anticipated, but they continue to lose ground in the drivers’ and constructors’ championships. Ricciardo remains in third place, but he’s 49 points away from the new championship leader Hamilton, and Red Bull are 75 points behind Mercedes.

The team from Milton Keynes have recent history of hitting form in the second half of the season, but would any increase in pace come too late?

Haas on the pace, but Romain remains without a point

After a couple of races where Haas threatened to lose touch with the front of the midfield, the VF-18 looked like the fastest midfield car at Paul Ricard.

Their major updates from Canada appeared to finally be delivering on-track performance, and Kevin Magnussen profited from an off-day for Valtteri Bottas to finish ahead of the Mercedes in sixth.

However, Romain Grosjean’s weekend ended up point-less. A crash in qualifying meant he started tenth, but he struggled to avoid the first-lap shenanigans; he gained damage and a five-second time penalty, resulting in an eleventh place finish.