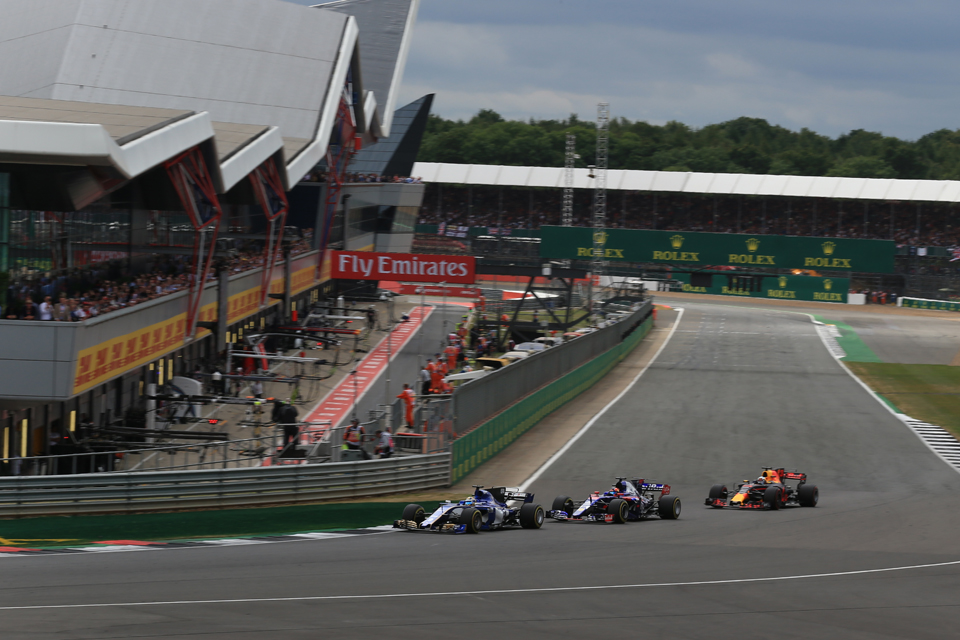 Formula 1 heads to Silverstone in the UK this weekend, the third race in as many weeks and the final of the sport’s first ever ‘Triple Header’ of France, Austria & Britain on consecutive weekends.

In a bid to increase overtaking on the circuits this year, particularly with the current aero rules hampering passing, the FIA have been introducing as many DRS zones as is safe to do so. Silverstone will therefore run with three DRS zones.

Along with the previously used zones along the Hangar Straight and the Wellington Straight, drivers will also have access to use their Drag Reduction System, used by opening the rear wing flap to lower downforce, along the main pit straight.

With DRS set to return to its normal position the instant the drivers lift the throttle or hit the brakes, this makes the entry into Turn 1 considerably more difficult. This is a complex normally taken flat out, meaning drivers will have to manually close their DRS at the end of the marked zone or else hold their nerve to attempt to take Turns 1 & 2 at full speed without the benefit of their usual downforce levels.

It’s the first time this situation has occurred. While three DRS zones have been used in Australia, Canada & Austria so far this year, it hasn’t happened before where the rear wing is open on approach to a flat out corner. All three zones will have separate detection points, which detect the time gap between two cars. During the race, if the gap is less than 1 second, the following car can use their DRS.