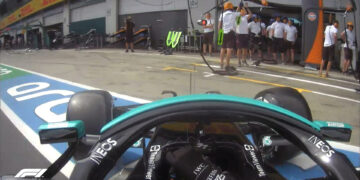 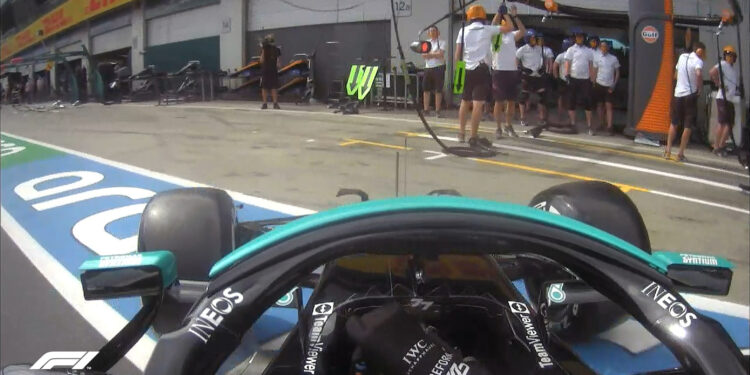 Styrian Grand Prix – Valtteri Bottas has been given a grid penalty and points on his license for his pit lane spin during FP2 this afternoon.

In the final twenty minutes of the day’s second free practice session Bottas pulled away from the Mercedes pit box, lit up his tyres and lost control of the rear. The car spun and slid further before coming to a halt sideways just past the McLaren garage, where quite a few members of the team were in the pit lane.

McLaren helped right the Mercedes and get him on his way but also radioed the Race Director, Michael Masi, to let him know they were not impressed and there could have been much more dire consequences to the incident saying: “Michael, that’s absolutely ridiculous. He could have taken our guys out there and the pit wall.”

Bottas and a Mercedes representative were summoned to the stewards after the session and they decided that the loss of control in an area as populated as the pit lane has to be considered as “potentially dangerous driving”.

“The Stewards heard from the driver of Car 77 (Valtteri Bottas) and team representatives and reviewed video evidence. When [Bottas] pulled away from his designated pit stop position, he lost control of the car when he turned into the fast lane. He oversteered, spun and came to a stop across the fast lane near the McLaren pits.

“During the hearing [Bottas] stated that in the past they have been losing time in the pit departure. So they tried something new, which was to leave in second gear. As a result, the wheel spin was much higher and the result unexpected. Therefore he didn’t manage to control the car properly into the fast lane. This has to be considered as potentially dangerous driving, especially as personnel were around in the pit lane.”

That means the Finn’s previously spotless license now has two penalty points added to it. Points stay on a driver’s record for twelve months before expiring and, if they reach a total of twelve at any point, they will have a mandatory race ban.