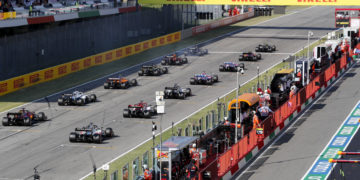 ‘Triple-headers must not become the norm’

‘Triple-headers must not become the norm’ 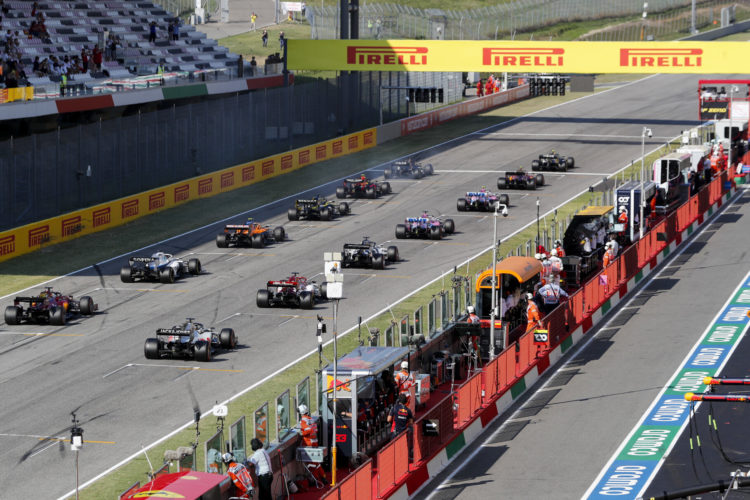 MUGELLO CIRCUIT, ITALY - SEPTEMBER 13: The restart of the race during the Tuscany GP at Mugello Circuit on Sunday September 13, 2020, Italy. (Photo by Steven Tee / LAT Images)

F1 team bosses say that triple-header races must not become viewed as normal scheduling, due to how tough they are on their team members.

Formula 1 has hosted three separate triple-header races (ie. three races on three consecutive weekends) this season, as Liberty Media have successfully managed to fit in a 17 race schedule to form a World Championship in the second half of the year.

The original schedule ran from March to early December, with 22 races spread over that time period. With the coronavirus outbreak forcing the first half of that schedule to be cancelled and several races in other countries having to be cancelled, an unusual calendar with a high density of races has been put together.

Speaking over the Tuscan Grand Prix weekend, some of the team bosses said that triple-headers can’t be viewed as the norm going forward and that it mustn’t be allowed to happen in regular scheduling.

“I think triple headers are very tough for everybody.” said Haas team boss Guenther Steiner. “I think we can do them this year because it is an exceptional year with the pandemic. We need to make the effort and the people are ready to make the effort because they are all happy to still be here. And we had a few months not doing so much in the beginning of the year, so it’s possible to do in an exceptional year like this but doing it going forward as a standard I don’t think it’s a good idea.”

Steiner highlighted that too many races causes a saturation point, and will cause fans to tune out over the course of three consecutive weekends: “It’s not only to the people and also for the spectator I think there is a saturation factor involved and if you race every weekend, just too close together, people lose interest. I don’t think that will help them going forward. Racing close in a region, staying in Europe, staying like this, is pretty nice but we are a global sport so we need to make sure we are represented globally. I think F1 did a good job to find ways out of not being able to travel as much as we do normally, or as far as much as we do normally, we still travel, and they came up with this compromise plan but I don’t think this is a plan that is here to stay.”

“I think next year, always hoping that the pandemic will be over, going back to a more normal schedule, I think it’s better in general for F1 by not having triple headers, or a maximum of one, and then being more global again would be fantastic, so that we are represented in all the world and then not the majority just in Europe.”

Ferrari team boss Mattia Binotto agreed with Steiner’s comments in the press conference, while Racing Point’s Otmar Szafnauer said: “I think multiple triple-headers are not sustainable. Yeah, we’re doing them this year but if I were to tell all the mechanics that this is how it’s going to be going forward I think they would choose to do something else.”

McLaren Team Principal Andreas Seidl said that separation from home life and families was the biggest challenge for each team member, and says that 2020 is a unique season where staff are happy to make the sacrifice. But he also says that it can’t become the norm: “Given the special circumstances we are in this year, it’s something we simply have to get through,” he told Autosport. “But at the same time, this cannot be the new standard going forward also in future seasons.”

“I think everyone inside the team understands that this is a special season, under special circumstances after this virus broke out. We all understand also that it’s absolutely necessary for the existence of the teams that we do these races this year.”