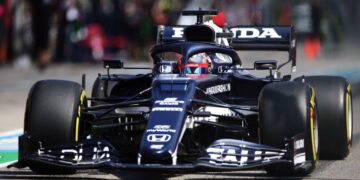 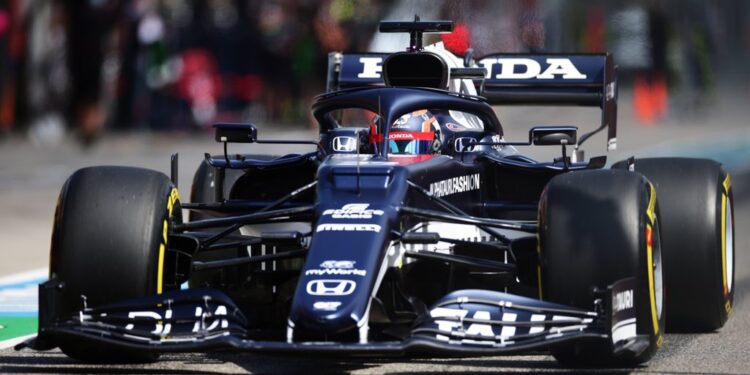 Japanese rookie Yuki Tsunoda was unable to complete qualifying ahead of the Emilia Romagna Grand Prix after crashing out in the opening minutes.

The Alpha Tauri driver lost control coming out of the chicane which sent his car ploughing into the barriers. The AT02 suffered extensive damage, bringing out the red flags, and ensuring Tsunoda was unable to take further part in the session.

The 20-year-old is turning heads in the paddock and scored points on his debut back in Bahrain. Tsundoa, who was unhurt in the accident, explained that he suffered instability in his car.

“First of all, the body feels OK – no issues,” said the Japanese driver. “Just pushing too much in entry. I had massive instability in entry, massive slap and couldn’t control that car and just spun into the barrier. I think until that, I think the pace was really good. I saw the sectors, it was quite good, potentially.

“The car was amazing and it was just a huge mistake. Really sorry for the team, and I’m just going to have to come back tomorrow.”

The Alpha Tauri driver starts at the back of the grid for tomorrows’ race, however, this hasn’t dampened his spirits. The rookie has had extensive testing at Imola with the Alpha Tauri factory being just down the road in Faenza. Imola is a tricky track to overtake at, but Tsunoda is looking forward to the challenge.

“Yeah really,” said Tsunoda. “Until, really Free Practice 3, there was lots of issues in the engine and also the traffic, so I couldn’t put it all together really. But the car feels great and I think also race pace tomorrow is going to be quite good for the AlphaTauris. Just analyse the data to improve myself and come, try my best tomorrow.”