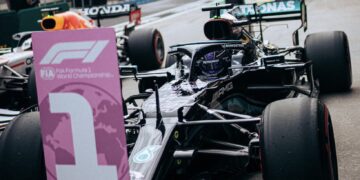 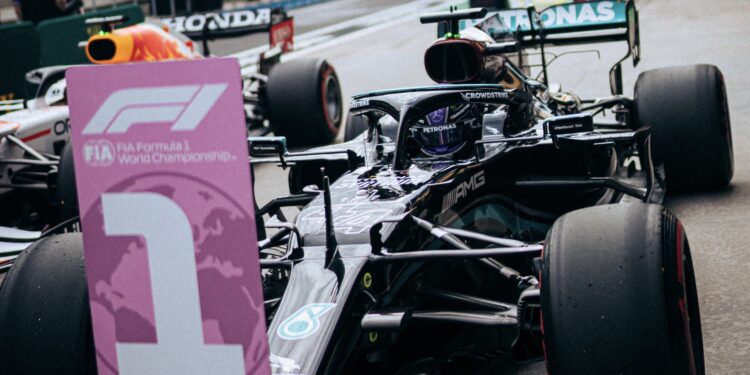 Turkish Grand Prix – After dominating the times on Friday and Saturday, Mercedes’ Lewis Hamilton set the fastest time in qualifying, but will not start on pole.

This means that Mercedes’ teammate Valtteri Bottas will start on pole position for the Turkish GP. The Brackley-based squad have elected fit a new internal combustion engine and will be slapped with a ten-place grid penalty. As a result, the Briton, who qualified on pole, will start down in 11th place. With title rival Red Bull’s Max Verstappen only managing second, Hamilton’s teammate Bottas has a good chance to take command up front whist Hamilton tries to make his way through the field.

Likewise, Ferrari’s Carlos Sainz will also not start where he qualified. The Spanish driver will start at the back of the grid after Ferrari changed his entire powerunit in the back of his SF21. As a result, he will start from the 19th place and has a lot of work to do in Sunday’s Grand Prix.

There were some surprise performances on Saturday with Haas driver Mick Schumacher start a career best 14th for Haas, and the US-based teams’ best qualifying session since the 70th Anniversary Grand Prix at Silverstone in 2020. The young German driver has admitted that he enjoyed the tricky wet conditions and is looking forward the the Grand Prix on Sunday.

Here is how the grid lines up for the Turkish GP: