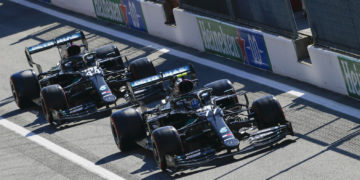 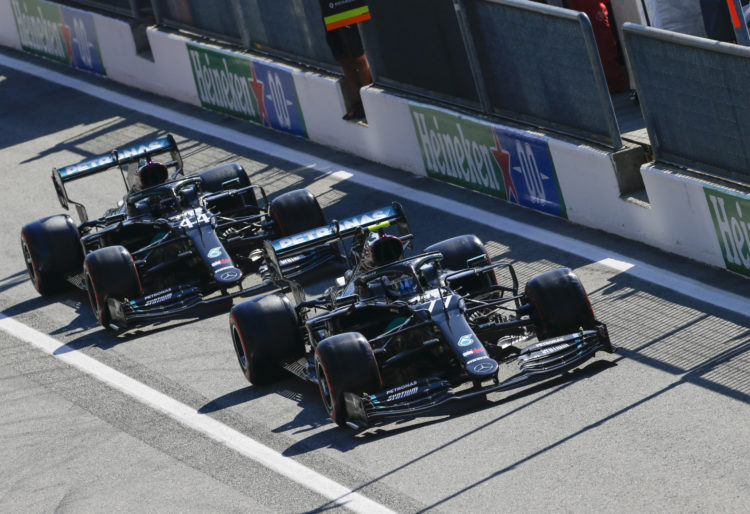 Italian Grand Prix – Mercedes’ Valtteri Bottas says he decided against getting a tow towards the end of qualifying, concentrating on a clean lap by himself.

Valtteri Bottas says he made the choice not to worry about slipstreaming his way around Monza at the end of Q3, instead opting for a lap running in clean air.

With most of the field tripping up over themselves in their attempts to slipstream behind another car, Bottas opted against doing so with teammate Lewis Hamilton and came out on track by himself towards the end of Q3.

He ended up snatching provisional pole position with that laptime, before Hamilton eclipsed it moments later by less than a tenth of a second.

“It was a pretty close gap,” Bottas explained after qualifying. “I was expecting it always to be close and I’ve been feeling fast this weekend so obviously a bit disappointed to be second instead of first.”

“Ultimately it came to the choice if I’m running first or second. I took the first because from our analysis it shouldn’t be much of a difference or maybe even better to be first, so you can really focus on the clean lap and not to have any messy out-laps.”

Bottas ended up going marginally quicker with his best time in Q2, which he set while using a tow. Despite this, the Finn still decided against doing the same in Q3: “I just experienced the tow once in qualifying a tow, at the end of Q2, and actually it didn’t feel too bad and that’s when I had the quickest time.”

“Otherwise, just cutting the wind at the front, in the corners I was fast. It’s impossible to say without seeing the data which one was better.”

Hamilton, who took the pole by 0.068 while circulating behind his teammate, said that there was negligible difference between having the tow and not:  “Valtteri chose to go first this weekend,” he added. “It was very, very close between having clean air and being in the tow.”

“I can’t really tell you which one’s best. Some people say being in a tow’s best but you lose out in the middle and the last sector.”