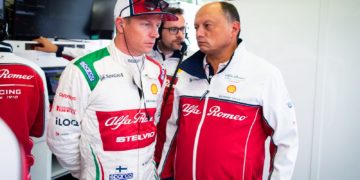 Vasseur: Kimi’s our first choice for 2021

Vasseur: Kimi’s our first choice for 2021 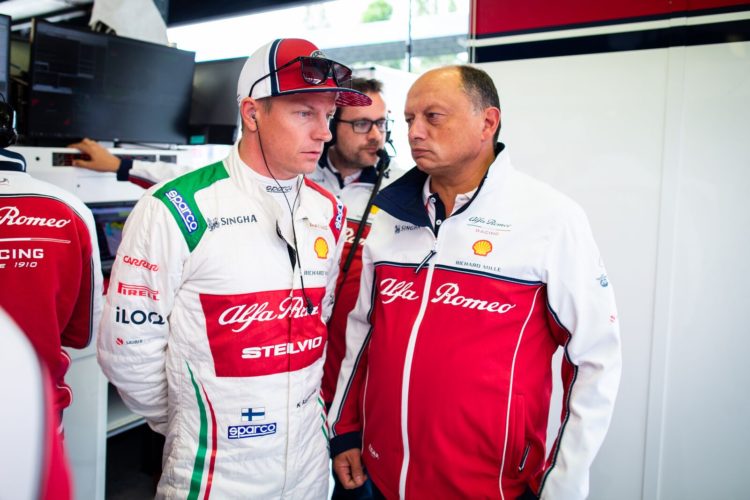 Alfa Romeo team boss Frederic Vasseur says the team’s first choice of driver for 2021 is to keep Kimi Raikkonen, if the Finn wants to continue..

Kimi Raikkonen’s contract comes to a conclusion at the end of this season, with his two year contract at Alfa Romeo expiring. There’s a big question mark over whether the Finn, as the eldest and most experienced driver on the grid, has any desire to continue racing as the team are struggling to escape the lower midfield. For the 2007 World Champion, it’s a long way from race wins and podium finishes in 2020, and he’s yet to indicate what he wants to do next year.

Team boss Frederic Vasseur said over the Tuscan Grand Prix weekend that the team’s first driver choice for next season is to keep Raikkonen, having previously praised the job Kimi is doing.

Asked whether the team would keep him on if Kimi indicates he wants to stay, Vasseur said: “Yeah, sure, but if we are all interested to collaborate and the collaboration is good, it will make sense to continue.”

Antonio Giovinazzi’s contract also comes to an end this year, with his seat under threat from the rising stars of the Ferrari Driver Academy. Formula 2 championship leader Mick Schumacher is rumoured to be set for Alfa tests between now and the end of the season, and is a possible shoe-in for a race seat.

Robert Schwartman, Marcus Armstrong and Callum Ilott are also contenders, but Vasseur says Kimi still tops their shopping list: “Yeah, but you have some Ferrari drivers junior drivers, but you have Kimi first for us, to know what he wants to do and what we want to do with him and then we will see with the other ones.”

“In the course of September we will have the discussion with our drivers about next year and then we will decide together what we have to do. For sure now we have plenty of drivers available on the list.”