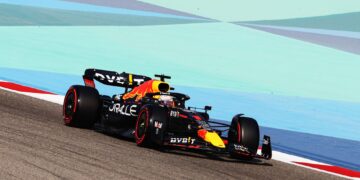 Verstappen and Red Bull lay down marker ahead of Qualifying

Verstappen and Red Bull lay down marker ahead of Qualifying 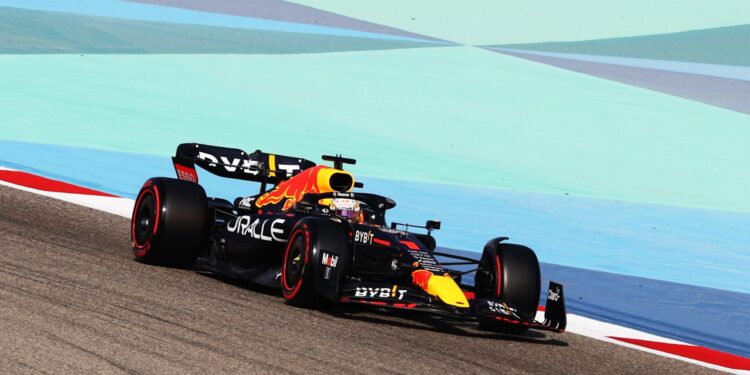 The final practice in Bahrain ahead of qualifying had calmer conditions, with less of a prevailing wind, and higher temperature than Friday’s sessions.

Final practice is the last opportunity for the teams to get their cars ready ahead of qualifying, forced to finally show the first real indications of the speed kept in reserve during the testing season. Qualifying simulations are the key to this session, though the normal caveats of differing fuel loads is applied.

In an unusually quiet start to the session, only the Alfa Romeos and Haas cars were first out as the pit lane opened, running installation laps, swiftly followed by Lewis Hamilton. Mercedes were looking for a more positive day of running, having been off the pace in Friday’s practice session. Bottas and Zhou set the only timed lap of the sessions, the rest remaining in their garages.

After a lull period, a flurry of teams took to the track on soft tyres, with Lando Norris briefly jumping to the top of the times on medium tyres , before Lewis Hamilton went fastest 1:34.256 on the softs.

Ferrari, Mercedes, and the Alfa Romeo’s stayed on track, with Bottas having a better day than yesterday, jumping to second fastest for a short time on soft tyres, before George Russell displaced him.

Twenty minutes into the session, the main players began their soft tyres runs. The two Ferrari’s began to show their pace, leading a one-two as the cars edged into the 1:33’s. Perez then went second fastest, splitting the Ferrari’s. Verstappen then blitzed to the top of the times by three quarters of a second, with a time of 1:33.035.

Charles Leclerc then attempted to match Verstappen’s time, but spun off into the gravel in his attempt to beat the Dutchman. Though able to continue, Leclerc ruined his set of soft compound tyres.

Charles Leclerc goes off in FP3! 🌀

The Ferrari driver manages to avoid contact with the barrier 🏎️ pic.twitter.com/nqnXgD8eex

Daniel Ricciardo’s trying start to 2022 continued, with car was up on the jacks still after 50 minutes. The Australian the water leak issue the Australian suffered yesterday still not fully fixed until 20 minutes into the session. After working through curfew on Thursday, the team opted to fix the problem this morning, his first lap time of the day placed him 17th.

Thirty minutes into the session, Yuki Tsunoda had not yet set a time, a hydraulic leak  curtailing his running as the track became quiet. Albon continued to tour the circuit but was working his soft tyres hard after complaining of no grip after the fourth corner.

Mercedes took advantage of the quiet track, sending Lewis Hamilton back out on fast lap, suddenly showing a burst of speed. Hamilton jumped to second 0.86s behind Verstappen, showing a major step forward. This weas confirmed by Russell who jumped to the top of the timesheets, with a time of 1:32.935.

The final fifteen minutes saw the top teams all attempt final speed runs,  Charles Leclerc’s Ferrari with less than 15 minutes to go then went top, three tenths faster than Russell with a time if 1:32.640. Red Bull the responded by returning to the top of the timesheets, with a time of 1:32.544 , 0.96s faster than Leclerc. Other drivers to beat the Dutchman but Verstappen finished the session on top.

An unsafe release incident between Alonso and Sainz is now under investigation, after both had a near miss in the pit lane in the closing minutes.

Sainz and Alonso were not on the same wavelength in the pit lane… pic.twitter.com/m2pGeuYixj

Kevin Magnussen showed performance in the Haas, jumping to seventh in the closing seconds,  the two Alfa Romeo’s  were next, with Lance Stroll’s Aston Martin rounding off the top ten.