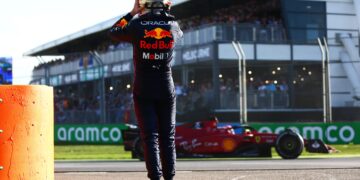 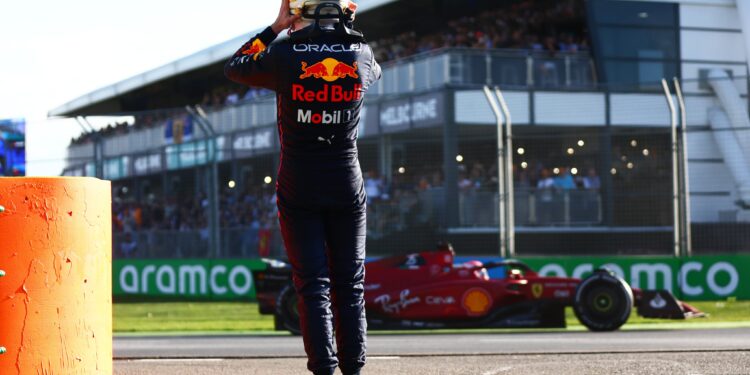 Australian Grand Prix – Max Verstappen was left frustrated after an issue with his Red Bull saw him retire mid-race once again.

As in the season opener in Bahrain, Verstappen was in P2, trailing Charles Leclerc when a problem with his car saw him have to retire from the race. The defending champion had radioed his team to say “I smell some weird fluid,” before reporting “Guys, everything is ******* itself.”

The Dutch driver said afterwards that it had been “a terrible race” as he just wasn’t able to push the car to try and keep up with or battle with Leclerc.

“It was just a terrible race,” Verstappen said. “Just no pace, which means I couldn’t push because the tyres were just getting destroyed. So, we need to understand why that is because all the time if I would try to follow Charles there was just no way I could keep up without destroying my tyres.”

Despite that, he knows that it would’ve been “an easy P2” but if you don’t make it to the chequered flag then it doesn’t matter if it was going to be an easy or difficult position.

“In the second stint I was just managing my own pace compared to the guys behind it was looking like quite an easy P2 anyway but you have to finish to get that second place, even on a bad day but we’re not doing that and that’s of course extremely frustrating.”

Heartbreak for Max Verstappen in Australia 💔

An podium opportunity missed for the Dutchman after a strong showing ended prematurely with a car problem 😫#AusGP #F1 pic.twitter.com/DXeOAe1r4X

After two DNFs in the first three races, Verstappen lies P6 in the championship a few points behind Lewis Hamilton and over 40 points off Leclerc, so he knows Red Bull have quite some work to do to get back in the fight.

“We’re already so far down in the championship,” he added. “That from now on basically first we need to be faster than them, which we’re not, and zero problems with the car which we also don’t have so it’s going to be a big task.”

After the race Red Bull team principal, Christian Horner, told Sky Sport F1 that the team wasn’t sure what the issue with Verstappen’s car was, but suspected it was something to do with fuel rather than the engine.

“That was a really disappointing result not to finish the race,” Horner said. “We don’t know what the issue is yet, I don’t think it’s actually engine related, I think it might be a fuel issue. But we need to get the car back, we need to be able to look at what exactly happened.

“I think Max hadn’t been happy all weekend with getting the car in the window and you could see the front tyre open up quite quickly in the race and that’s usually the sign that you haven’t got your balance totally tuned in…and I think it accentuated some of the issues that Max had.”

Horner also said that Red Bull have some updates coming for the car so is hoping to see improvements as Formula 1 returns to Europe.

“We’ve got things in the pipeline that I think will help,” he explained, “and we move back to Europe now and need to put this behind us, address it and move on. I’d rather fix a fast car than try and make a reliable or slow one fast. We need to get on top of it, we can’t accept DNFs but we need to understand what the issue is and we’ve got to address it.”