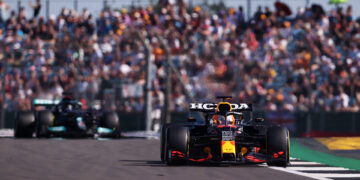 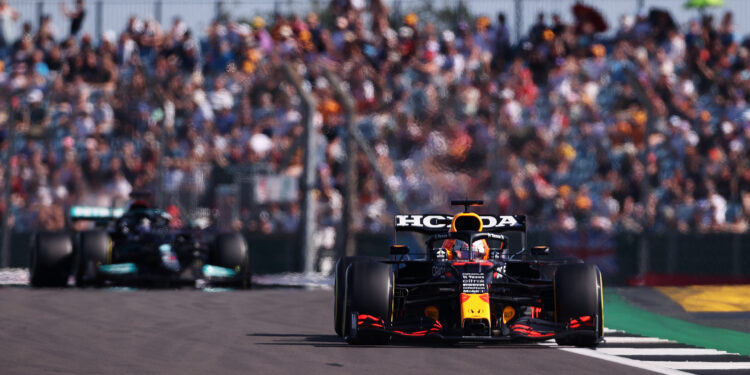 The Dutchman bolted from the line with fiery brakes and capitalised on warmer front tyres to dive down the inside of sprint polesitter, Mercedes’ Lewis Hamilton. The Briton didn’t have an answer for the Red Bull driver who finished in second place with teammate Valtteri Bottas finishing in third.

Bottas, the two Alpine cars of Fernando Alonso and Esteban Ocon, and Kimi Raikkonen in the Alfa Romeo started on the soft compound tyres. Bottas was unable to capitalise on the faster rubber, but Alonso was able to leap up into the top five from 11th place on the opening laps.

However, Alonso couldn’t keep the two McLarens of Lando Norris and Daniel Ricciardo behind for long and was overtaken on Lap 6 and Lap 9. Norris will start tomorrows race in fifth with Ricciardo in sixth. Alonso managed to hold on a late charge from Aston Martin’s Sebastian Vettel to finish in seventh.

Fourth place starter Charles Leclerc came home in fourth place and will start his Ferrari on the second row for tomorrows Grand Prix.

Red Bull’s Sergio Perez was looking to challenge Norris early in the race, but lit up his rear tyres in Maggots and Becketts, spinning off and going into the barrier. The Mexican driver was able continue but had to retire towards the end of the sprint and will start plum last for tomorrow’s Grand Prix.

Vettel will start in eighth with George Russell in his Williams ninth. The Briton was the star after qualifying and lost a place, but will start tomorrows Grand Prix inside the top ten with free choice of tyres. However, Russell is under investigation for an incident with Ferrari’s Carlos Sainz after the pair touched on the opening lap. Sainz was unable to progress and came home 11th.

Esteban Ocon in the other Alpine car couldn’t find a way past the Williams and will start the Grand Prix in tenth.

Pierre Gasly in the AlphaTauri will start in 12th after being overtaken late in the race by a recovering Sainz, whilst Raikkonen was unable to progress on his soft tyres and will start in 13th for the Grand Prix. The Finn got the better of his teammate Antonio GIovinazzi who start on the mediums – the Italian will start 15th on Sunday.

Lance Stroll  in the other Aston Martin will start in 14th place, with Yuki Tsunoda 16th, unable to progress in his AlphaTauri.

Nicholas Latifi will start 17th for Williams, whilst Mick Schumacher and Nikita Mazepin around out the field, the two Haas drivers touched at the start of the race and were unable to make progress.