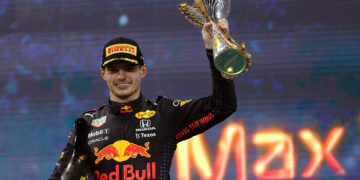 Verstappen commits to Red Bull until 2028

Verstappen commits to Red Bull until 2028 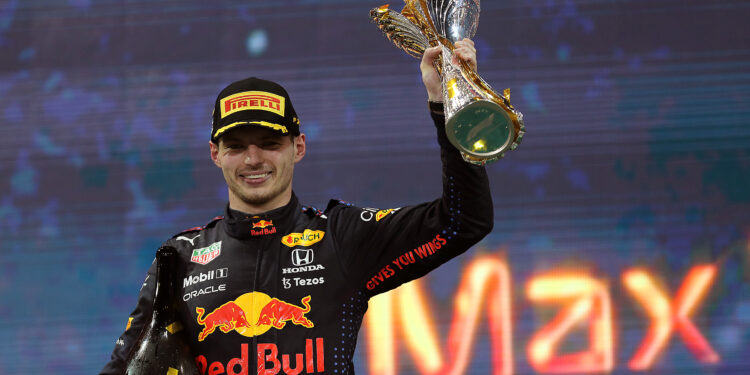 Fresh from winning the Driver’s Championship at the last race in 2021, Max Verstappen has signed a five year extension for Red Bull, with the team stating the extension is an addition to the original deal that ran out in 2023. The deal will see the Dutchman continue at the Austrian team until the end of 2028.

The five year contract extension according to the BBC is rumoured to be “among the most lucrative in F1 history” – worth between €40-€50m a year. If true, this would match seven time World Champion Lewis Hamilton, who is reportedly earning around the €40m per year figure.

Verstappen first arrived on the grid in 2015, driving for Toro Rosso, scoring 49 points.  His performances led to a promotion to Red Bull a year later in an early season driver swap. Verstappen won on his debut for Red Bull at the Spanish Grand Prix, winning at least one race every season since. He has won a total of 20 races since 2016.

In a statement Verstappen said: “I really enjoy being part of the Oracle Red Bull Racing Team, so choosing to stay to the 2028 season was an easy decision.

Explaining his new goals with the team he said: I love this team and last year was simply incredible, our goal since we came together in 2016 was to win the championship and we have done that, so now it’s about keeping the number one on the car long-term”.

Red Bull’s intent by locking Verstappen down for the next five years is to ensure they continue as a championship winning outfit as they move towards the power unit regulations changes in 2026.

Although the team will continue with Honda’s engines until the end of 2025 after an agreement was reached following Honda’s official F1 exit at the end of 2021,  the team is preparing to launch their own power unit for 2026 through the newly created Red Bull Powertrains division. Max Verstappen will now be with the team for the first three seasons of the new regulations, providing stability and proven championship winning experience.

Team Principal Christian Horner confirmed: “To have Max signed with Oracle Red Bull Racing through to the end of 2028 is a real statement of intent. Our immediate focus is on retaining Max’s World Championship title, but this deal also shows he is a part of the Team’s long-term planning.

With the Red Bull Powertrains division working towards the new engine regulations for 2026 we wanted to make sure we had the best driver on the grid secured for that car.”