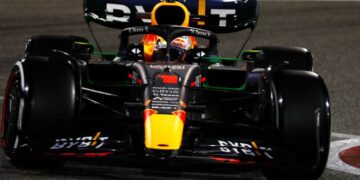 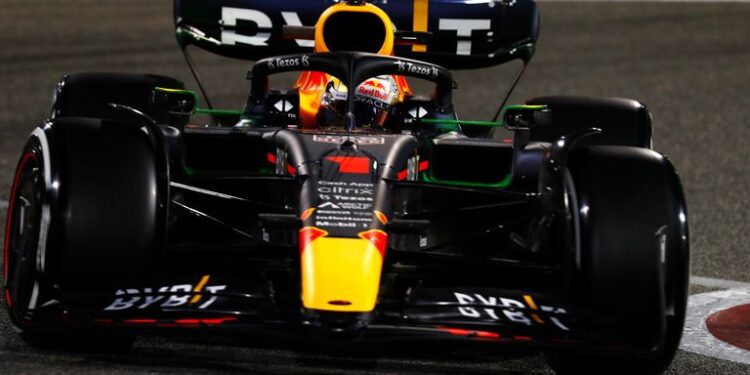 As seen across all three days of testing, the afternoon session started slowly, with seemingly no urgency from the teams to get out on track with only four hours of testing remaining. The end of the session proved frantic, as teams scrambled to get as much running as possible before the season opener on March 20th.

The first hour saw Valtteri Bottas out on track as soon as the track opened, doing a series of installation laps, joined by George Russell in the Mercedes and Mick Schumacher in the Haas. Other cars remained on the jacks in the pits when the session kicked off, with Alpine and Williams performing major set up changes before sending their drivers out on track.

The Virtual Safety Car provided some quick action, after part of Alex Albon’s Williams detached from the car once the FW44 hit the circuit. A marshal removed the wayward debris from the track, and the session resumed.

McLaren sent Lando Norris out on track 15 minutes into the session after wrapping up the morning session early. However the brake issues remained, with Norris only managing seven additional laps in the first hour. McLaren continued their strategy of slow, low lap runs in the first two hours, gathering low speed data.  Team Principal Andreas Seidl confirmed in an interview during the test that the new brake ducts sent overnight did not fully solve the problem, stating that the real fix to the issues would most likely arrive next week.

Sebastian Vettel had a positive afternoon in the Aston Martin, posting the fourth fastest time as the second hour progressed, improving to third before slipping down the order but remaining in the top ten.  The team has seen an upturn in performance from Barcelona, making a visible step forward. Vettel provided on track action in the session, diving down the inside of Alex Albon on the start finish straight.

Sebastian Vettel sends it down the inside of Nicholas Latifi at Turn 1 🤺👀#F1 #F1Testing #Autosport pic.twitter.com/FFoS4XAet3

Red Bull sent out reigning world champion Max Verstappen at the start of the second hour, having fit the new updated sidepods to his car.  The Dutchman initially set a competitive third fastest time, 1.8 seconds slower than team-mate Perez but on the harder tyre.

Verstappen then began to show Red Bull’s hand, with his next lap on the medium C3 tyre set the fastest lap of the week so far with a time of 1:32.645, 0.460s quicker than Perez. The team then made setup changes to the car, before sending him back out.

Ferrari sent out Charles Leclerc at the start of the second hour, Leclerc slotting into second place, 0.420s off Verstappen as F1 began its final 90 minutes of pre-season testing.

George Russell taking over Mercedes testing duties put on a set of soft tyres shortly after Verstappen went fastest, but only managed sixth, half a second away from Verstappen before returning to the pits.

Mick Schumacher then brought out the second red flag spinning his Haas around on cold tyres at the final corner, but was able to nurse his car back to the pits. The session remained red flagged, with all cars pitting for a few minutes before resuming.

We're back underway again after a brief red flag following Mick Schumacher's spin towards the end of his lap 👇 pic.twitter.com/W4EVVhsEfb

As darkness fell over Bahrain, fuel was taken out of the cars and performance laps started, beginning to show the possible competitive order. Charles Leclerc was first to unleash his Ferrari’s speed, posting a time of 1:32.415, 0.230s faster than Verstappen on the C4, looking composed and the car handling well.

Mercedes were next the C4 tyres with George Russell, moving up to sixth, initially, before improving to third, 0.473s off Leclerc’s new fastest time. Russell’s next attempt was compromised by oversteer, before improving again by a tenth to 0.344s off. The Mercedes suffered from porpoising throughout the lap, with the issue still not resolved for the Brackley team.

There were some unexpected names at the sharp end of the times as the performance runs progressed, as Mick Schumacher shot up to fifth on his first performance run before dropping to eighth as the other teams did their performance runs.  His lap included two purple sectors, showing optimism for the American outfit ahead of new season. Yuki Tsunoda then moved up to sixth, despite a near miss with Lando Norris. Bottas’s Alfa Romeo then impressively moved up to fourth on the C3 tyre before his car ground to a halt, the Finn unable to find a gear.  This bought out the third and final red flag of the day, concluding testing for the team.

No more running for Bottas ❌

His Alfa Romeo has broken down, as the Finn parks the car with less than 40 minutes of testing remaining#F1 #F1Testing #Autosport pic.twitter.com/tZun1h1GoW

When the session resumed for final time, teams rushed on track to get the final few laps in before the test concluded. Verstappen was preparing for a hot lap on the fastest C5 tyre before spinning.  He recovered by laying down the gauntlet for the others to follow, his final lap a 1:31.720, the fastest of the week. Ferrari finished the test 0.433s adrift of Red Bull, while Mercedes on the slower C4 tyre finished 1.039s off Verstappen’s pace.

As all cars returned to the pits for the final time before the Grand Prix on the 20th March, with Haas resuming for an extra hour on track to recover time lost due to issues getting their freight to the circuit earlier in the week. The team had a fruitful additional hour, with Mick Schumacher jumping to second, 0.541s off Max Verstappen’s time.