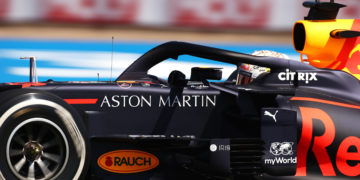 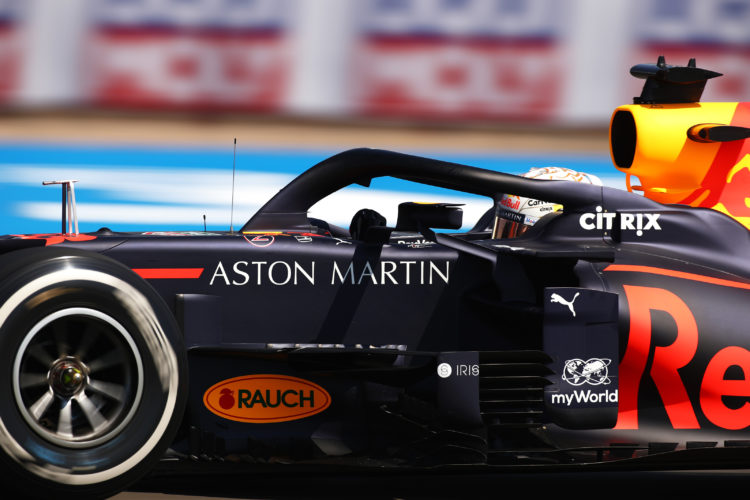 British Grand Prix – Max Verstappen has gone quickest in first practice at Silverstone, while all eyes were on Nico Hulkenberg as he returned.

Max Verstappen has finished as quickest man in the opening practice session at Silverstone. In baking hot conditions, the Dutch driver clocked a 1:27.422 to finish half a second clear of Lewis Hamilton’s Mercedes. However, the reigning Champion set his best time on the Medium tyre, accounting for that half second deficit.

Lance Stroll finished in P3, just a tenth slower than Hamilton, with Alex Albon in P4 a further tenth back and 0.7 away from Verstappen’s time.

Charles Leclerc finished in P5 for Ferrari, carrying out the full workload for the Scuderia as Sebastian Vettel couldn’t take part in the session. An intercooler problem was found on his Ferrari at the start of the session and the team had to strip his car down in order to fix it. They expect to get him on track during FP2.

Valtteri Bottas finished P6 for Mercedes, with Esteban Ocon in P7 for Renault. Daniel Ricciardo was in P8 and just 0.016 down on Ocon.

Nico Hulkenberg, making his return to F1 with Racing Point in place of the sidelined Sergio Perez, finished a very respectable P9 and 1.1 seconds away from the front. His time, set on Mediums, was just under 0.6 down on what Stroll managed.

Daniil Kvyat finished practice in P10 for Alpha Tauri, with teammate Pierre Gasly less than a tenth behind in P11. Carlos Sainz and Lando Norris finished 0.002 seconds apart at the end, although they had a pretty quiet session as they finished in P12 and P13.

The Haas drivers of Kevin Magnussen and Romain Grosjean were P14 and P15, while there was trouble for both Alfa drivers. Kimi Raikkonen and Antonio Giovinazzi both spun off early in the session, with Raikkonen sliding off at low speed through Luffield as the rear stepped out. He was able to get out of the gravel and continue. Giovinazzi had a far more dramatic moment as he lost the rear of his car exiting Becketts. He destroyed his tyres and the left rear delaminated. Flailing everywhere, his floor was damaged and debris was scattered all over the track. He has been summoned before the stewards for driving a car in dangerous condition back to the pits.