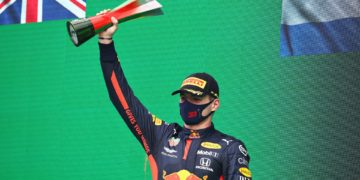 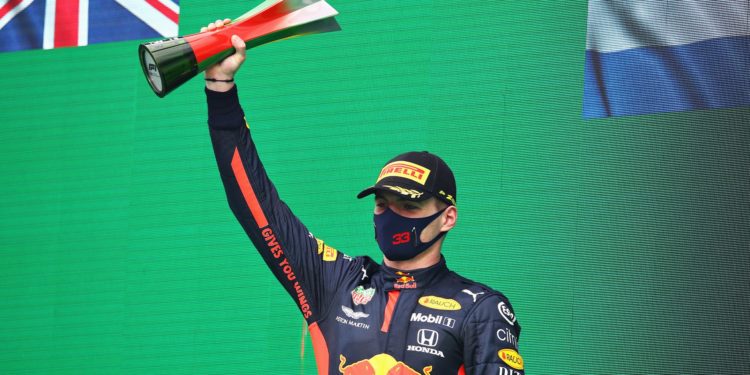 Portuguese Grand Prix – Max Verstappen felt third place was what Red Bull deserved today as he continued his run of only podium finishes in 2020.

Starting third, Verstappen got into second at the first corner but Bottas fought back, muscling the Red Bull out of the position and slightly off the track. As he recovered he tangled with the Racing Point of Sergio Perez, which saw the Mexican facing the wrong direction but didn’t really impact on Verstappen’s race and was ruled a racing incident.

“It was very low grip,” said Verstappen. “I just tried to stay out of trouble. Of course I had a little touch with Sergio [Perez], he didn’t give me enough space so basically took himself out.

“From there onwards it was raining a little bit so I just tried to keep the car on the track. Once everything was stabilised I overtook the McLaren cars, they had a lot of grip on the first lap, I don’t know how.”

It did at one point look like Verstappen might be able to take the challenge to the Mercedes’ but it wasn’t to be and the Dutchman felt that third was the best Red Bull deserved today.

“I went onto the medium tyres and we had good pace but of course then the gap was already so big that you can’t really do anything. [The Mercedes] were on the hard tyre, I think that tyre was not amazing today.

“I think the medium tyre was definitely the best tyre so it wouldn’t have mattered if I would have started on the medium because then I would have lost my time on the hard. So overall I think we finished where we deserved.”