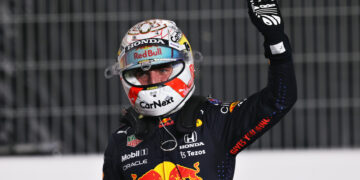 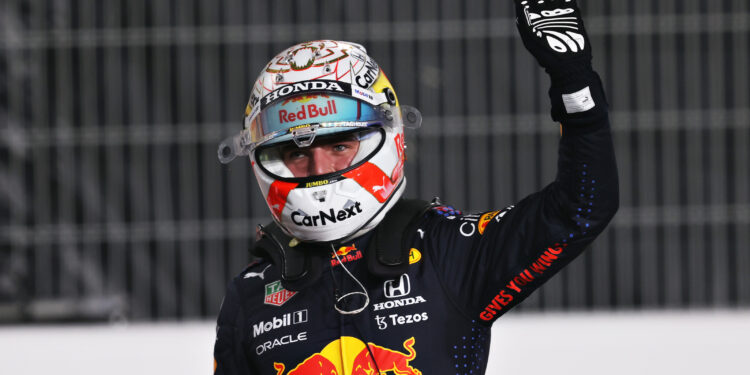 Qatar Grand Prix – Red Bull’s Max Verstappen has been slapped with a five-place grid drop for ignoring doube-waved yellow flags during qualifying for the Qatar GP.

The Dutchman qualified in second place, albeit half a second behind Mercedes driver and championship rival Lewis Hamilton. However, some time after the session, Verstappen was summoned to the stewards office for failing to slow down for doubled-waved yellow flags.

At the dying embers of Q3, Pierre Gasly in sister team AlphaTauri suffered a tyre blowout after hitting a kerb in the final sector. The Frenchman was seen limping back to the pits, bringing out the yellow flags.

Verstappen, was called to the stewards at 13:00 local time (10:00 UK time), with Ferrari’s Carlos Sainz, and Mercedes driver Valtteri Bottas also being summoned at 13:30 and 13:45 respectively.

There was some controversy over video evidence that surfaced showing a green light board to Verstappen’s right as well as the double waved yellows. There was also no yellow light visible on the Red Bull car’s dash.

The stewards did sympathise with Verstappen, however cited Appendix H of the International Sporting Code that states that “flags and lights have the same meaning (and hence a flag signal must be complied with)”.

The stewards decision document said:” Appendix H places the onus of responsibility of complying with flag signals clearly on the driver, so notwithstanding the fact the team argued that the turning off of the yellow sector on the FIA marshalling system some 34 second prior to the driver reaching the yellow flag, signified that it was “play on”, it was the driver’s responsibility to take the appropriate action when entering what was a double yellow flag area.”

Following the meeting, Verstappen was handed a five-place grid drop, relegating the Dutchman to seventh place.

Surprisingly, the driver to benefit from the penalties is Gasly, who caused the yellow flags initially. The Frenchman is promoted to second place from fourth following penalties for Bottas also.