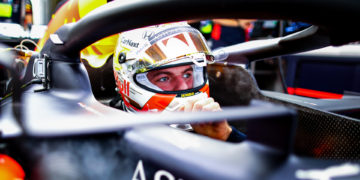 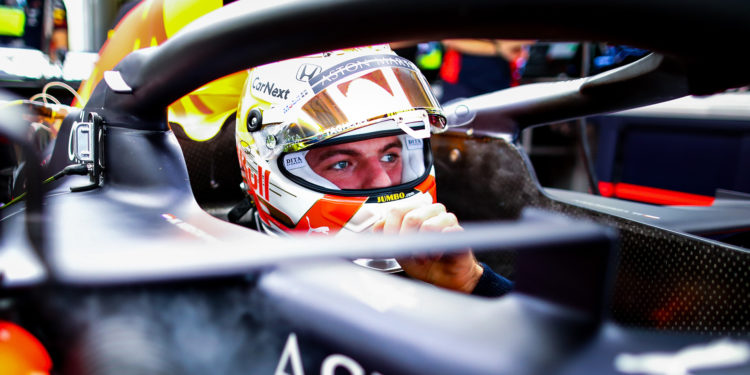 Portuguese Grand Prix – Max Verstappen will start tomorrow’s race behind both the Mercedes cars after taking P3 in qualifying.

The Dutchman has been the best of the rest all weekend finishing every practice and qualifying session only behind one or both of the Mercedes cars. Verstappen said the main problem Red Bull, and indeed all the teams, have had to face this weekend has been the track.

The circuit was resurfaced a month ago which has created a very smooth surface, causing the drivers great difficulty in getting all their tyres into proper working range.

”I think the whole weekend already,” said Verstappen. “This track with the new tarmac, is quite difficult to bring the tyres in, it’s a bit of hit and miss so I’m happy [with qualifying]. In Q3 I think the lap itself was pretty decent, it’s just very difficult to get the front tyres and the rear tyres to match.”

Looking forward to tomorrow’s race, the Red Bull driver isn’t sold on T1 as an overtaking spot, understandable given his incident with Stroll in FP2. However, Verstappen believes that as long as he keeps up with the Mercedes’ there’s a chance for more than third, but admits that without prior knowledge of tyre wear on this track, it will be a waiting game.

“I think turn 1 is not really the place to dive or whatever. P3 is not too far behind, so still a lot to play for tomorrow and hopefully of course we stay close. I think the start is going to be important but even then, we don’t really have a lot of information about how the tyres are going to hold out so we’ll just feel our way into the race and then see what’s going to happen.”