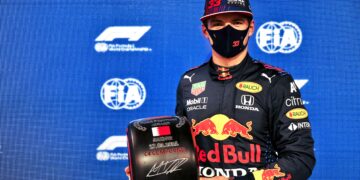 Verstappen: “It all worked out perfectly”

Verstappen: “It all worked out perfectly” 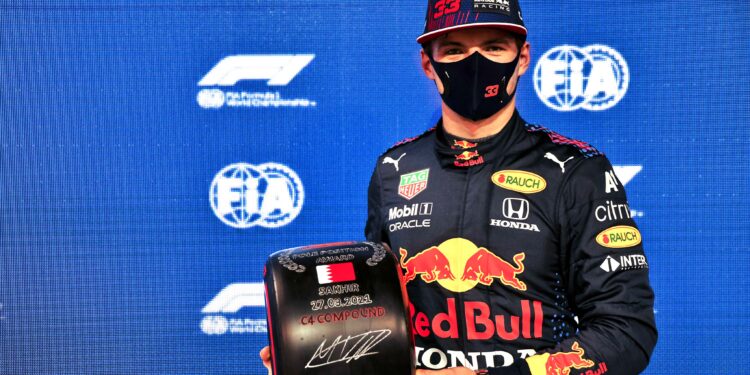 Bahrain Grand Prix – Max Verstappen took the first pole of the 2021 Formula 1 season after beating the Mercedes drivers by over three tenths.

Verstappen has been the driver to beat in each of the free practice sessions and while he again led the pack in Q1, the Red Bull driver fell back in Q2 before regaining his top spot in Q3 even though the Dutchman wasn’t overly impressed with his first run.

“Basically my first lap in Q3 wasn’t amazing,” said Verstappen. “So I knew there was more in it, of course you never know how much, but finally the balance was there and you can push a little bit more. The track is quite hot so you have to be careful with not overheating the rear tyres but luckily where it mattered we could perform.”

Red Bull and Verstappen had a strong showing during the pre-season test which was also held at the Bahrain circuit a couple of weeks ago. Coming back for the season opener, Verstappen said the car was an enjoyable drive even with the difficult, windy conditions that they have been experiencing this weekend.

“We already had a great test week and of course there are no guarantees but then we came back here for the race weekend and the whole week so far the car has been working really well. It’s just been really enjoyable to drive. With the wind changing a lot around every session, it’s not easy to set up the car but it all worked out perfectly in qualifying so yeah, very happy with pole position.”

Looking forward to tomorrow’s race, the Red Bull driver feels the car is strong and they just have to hope for a clean getaway.

“I think in general the car’s been working really well in short and long runs so I’m just looking forward to it. I think we have a good car, now we just have to hope that we have a good clean start and first lap.”

Verstappen’s pole is the first time a non-Mercedes driver has taken an opening race pole since 2013, and as David Coulthard pointed out in the post-qualifying interview, six of the last eight years have seen the World Champion take the inaugural pole of that season.

“There are no guarantees, we have to keep pushing very hard but of course it’s a great start. And I think also a nice birthday present to you.”

Max was very happy about being on pole and everything