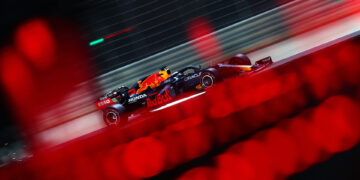 Verstappen lays down the marker and tops FP3

Verstappen lays down the marker and tops FP3 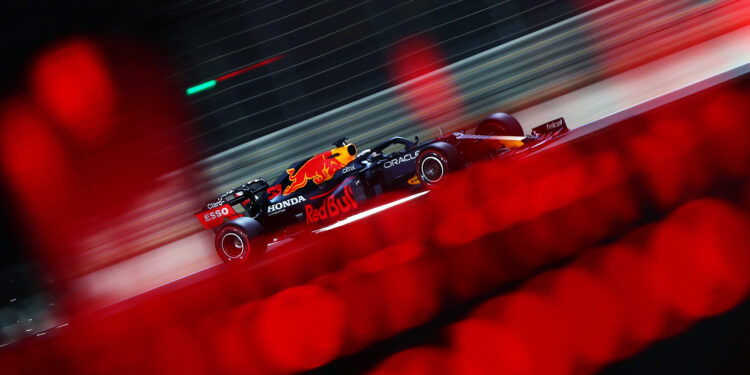 The Red Bull driver set a time of 1:30.577 in FP3 which was 0.739s faster than reigning World Champion Sir Lewis Hamilton in second position.

Windy conditions affected a lot of drivers runs, no more so than Valtteri Bottas who had several laptimes deleted for running wide at turn four. He put his Mercedes into fourth position, just behind the very competitive Alpha Tauri of Pierre Gasly.

Perez slotted his Red Bull into fifth position ahead of Ferrari’s new signing Carlos Sainz. His Ferrari teammate Charles Leclerc was outside of the top ten finishing in 11th place, recovering from an early spin in the session at turn three.

Esteban Ocon dragged his Alpine into the top ten with eighth place, whilst Lane Stroll was ninth, just 0.008s slower in his Aston Martin. Daniel Ricciardo rounded out the top ten in his McLaren.

Four-time World Champion Sebastian Vettel will be looking for improvements setting the 14th fastest laptime, ahead of fellow Champion Fernando Alonso in the Alpine.

Lando Norris was down in 16th with a time 2.283s off the benchmark, with fellow Briton George Russel behind. The Haas drivers followed with Mick Schumacher ahead of Nikita Mazepin who spun his car at turn 3.

Nicholas Latifi was the driver at the back of the pack with a time 3.382s off the fastest.