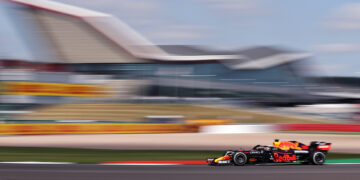 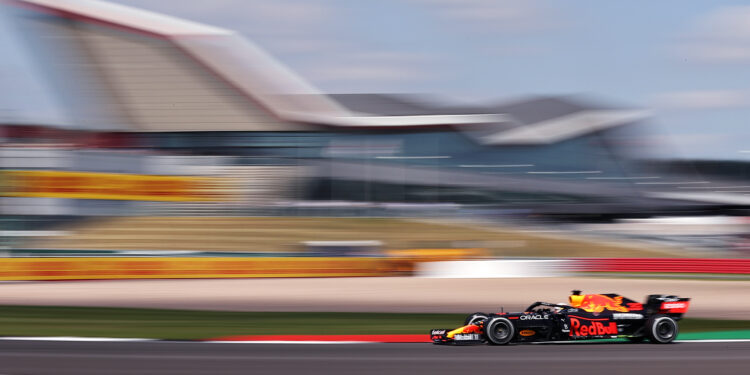 The Dutchman set a time of 1:27.035 and blitzed the field, just under 0.8s ahead of the McLaren. The British driver shaking off any lingering issues from his robbery earlier in the week to set a very competitive time on the medium tyre.

Championship contender Lewis Hamilton could only manage third in his Mercedes.

The track immediately sprang to life due to the limited running available throughout this weekend. Almost all cars hit the track within the first five minutes for some installation laps. With qualifying running on Friday to accommodate the new sprit race, the teams then focused on shorter runs.

Mercedes led early on, but Red Bull started to pump in the laptimes with Verstappen leading Perez at the midway point of the session.

In the second half of the session, drivers started to set their times on the soft compound tyres with low fuel in preparation for qualifying. Norris managed to get up to second place with teammate Ricciardo close behind on the medium tyres. Mercedes then tried their soft tyre runs with Hamilton only managing third, 0.001s behind fellow countryman Norris.

Charles Leclerc was the fastest of the Ferraris in fourth with a time just 0.013s behind Hamilton’s best time. The Monegasque was a tenth faster than the other Mercedes of Valtteri Bottas in fifth. Carlos Sainz in the sister Ferrari was a further half tenth down in sixth.

Sebastian Vettel set about running a good home weekend for Aston Martin by posting the seventh fastest time of the session, albeit a second down from Verstsappens benchmark time. Sergio Perez set the eighth fastest laptime and was 1.128s adrift of his teammate.

Daniel Ricciardo get into the top ten for McLaren with the ninth fastest time and just 0.4s off his teammates time.

Esteban Ocon rounded out the top ten for Alpine with a time of 1:28.415. The Frenchman sits ahead of fellow countryman Pierre Gasly in the AlphaTauri, who sits ahead of his teammate Yuki Tsunoda in 12th.

Antonio Giovinazzi was in 13th for Alfa Romeo with Fernando Alonso in the other Alpine down in 14th and almost half a second off his teammates time.

Kimi Raikkonen set the 15th best time in the other Alfa Romeo ahead of Williams driver Nicholas Latifi in 16th. Mick Schumacher was in 17th for Haas with Lance Stroll down in 18th in the Aston Martin. The Canadian complained of a lack of confidence in his car who sits a full second and a half behind Vettel.

Nikita Mazepin was down in 19th in the other Haas, with home hero George Russell rounding out the field in 10th for Williams.