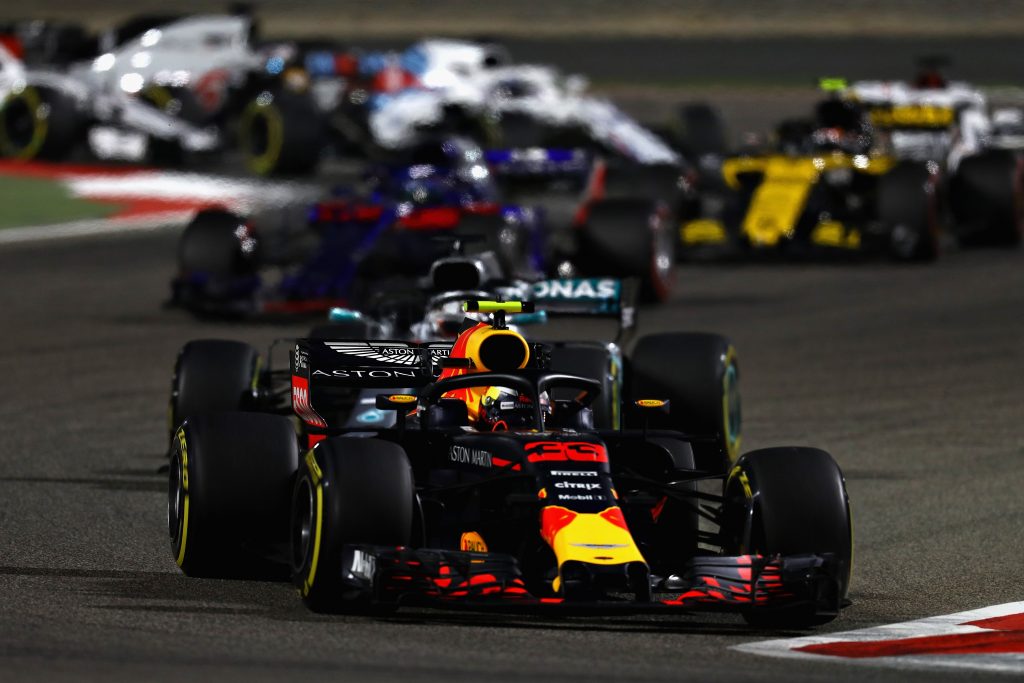 Bahrain Grand Prix – Max Verstappen believes the decision to take no further action on his incident with Hamilton was “harsh” following his early race retirement.

With the Red Bull driver starting well from a lowly starting position, he found himself chasing Hamilton – who had also started in a lower-than-average grid position – in opening laps of the race.

Verstappen made an attempt at overtaking Hamilton into turn one and, whilst the move looked to be complete, the pair both took a wider line and came into contact, with left-rear of Verstappen’s car colliding with Hamilton’s right-front.

The contact resulted in a puncture and differential damage for the Red Bull car, whilst the Mercedes was unscathed.

Speaking after the race, Verstappen suggested that more action against Hamilton could’ve been taken by the stewards.

“From the start I was enjoying the feel of the car and finding the gaps and it was shaping up to be an exciting race,” explained Verstappen.

“I had a good tow on the straight, the last corner was really good so it allowed me to stay close to Lewis.

“I had a good run onto the straight, going for the inside under braking I was next to him, going into the corner I was ahead. Of course you always try and squeeze each other a bit.

“I think there was still enough space on the left but he drove into my left rear and gave me a puncture and also destroyed my differential.”

“In my opinion there was plenty of room for the both of us to go around that corner and to say ‘no action taken’ is a bit harsh as I am now out of the race due to that contact on my left rear.

“If it was the other way around I’m sure he would want it looked into.”

Verstappen’s retirement occurred moments after team-mate Daniel Ricciardo pulled out of the race with a suspected battery issue, completing a race to forget for the Red Bull team.