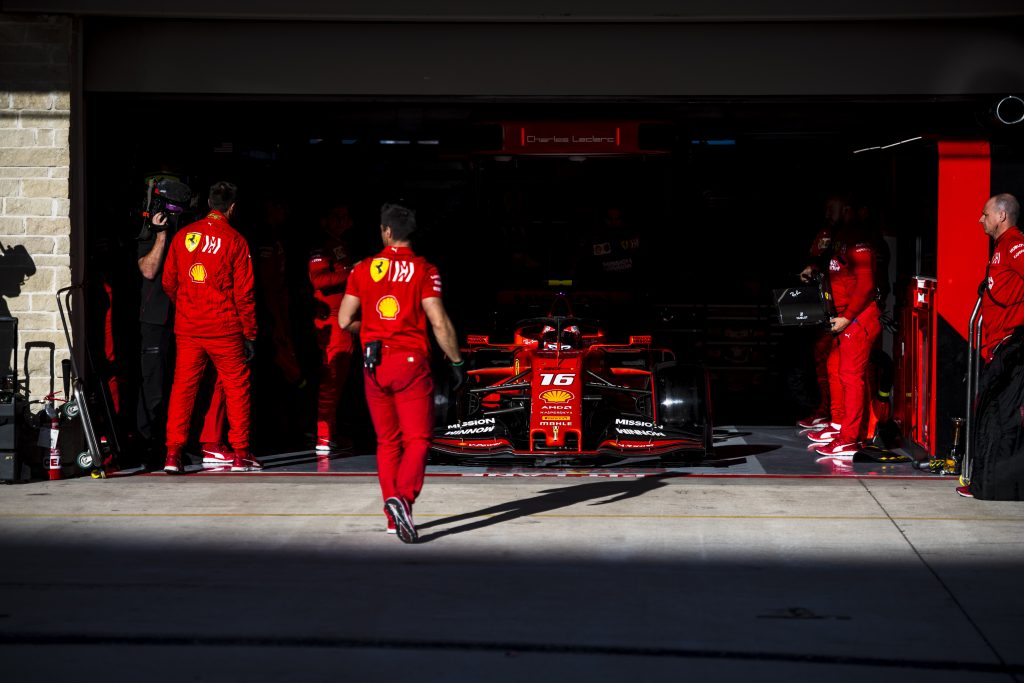 Verstappen on Ferrari: This happens when you stop cheating

Verstappen on Ferrari: This happens when you stop cheating

United States Grand Prix – Red Bull’s Max Verstappen says he wasn’t surprised by Ferrari’s lack of pace in America as he insinuated the team were cheating.

Speaking in an interview with Dutch television station Ziggo, Verstappen said: “This happens when you have to stop cheating” when he was asked about what he thought of Ferrari’s pace over the United States Grand Prix. Shortly afterwards, Verstappen also said in the FIA press conference that he ‘wasn’t surprised’ by Ferrari’s lacklustre performance: “[Not] at all. About it. After what came out. So that explains everything.”

He was referring to a piece of paper that was handed out to all the teams at the beginning of the United States weekend, on which was printed a technical directive regarding fuel flow and measuring points. This was off the back of an inquiry by Red Bull Racing into a trick that they believe Ferrari have been using for some time. According to Germany’s Auto Motor und Sport, the basic gist is that Ferrari have figured out a way to inject more than the permitted 100kg/hour in between the measuring points – meaning that the excess can’t be detected.

However, Ferrari’s pace didn’t immediately disappear off the back of the directive. Sebastian Vettel missed out on pole position by just 0.012 seconds on Saturday, while Charles Leclerc was a further tenth off but was using an older Spec 2 engine as a result of his power unit problem on Saturday morning. It was the first time since the summer break that Ferrari have missed out on pole position.

In the race, Ferrari were nowhere. Sebastian Vettel fell down the order the instant the lights went out, before suffering a suspension failure on Lap 7. Charles Leclerc ran a two stop strategy and wound up a very distant P4 – almost a minute behind the leader at the chequered flag. This was attributed to the team not being able to get the tyres to work, with Leclerc saying: “It was a really tough race, especially during the first stint where the front tyres did not feel right. It was difficult to find the grip and we have to look into how exactly that happened. The other two stints were a bit better, but not good enough.”

Leclerc ended up with the fastest lap of the race, having fitted a fresh set of Softs near the end of the race.

While the proposed engine trickery could make a difference over a single lap in qualifying, it, in theory, shouldn’t have much effect in the race. This is due to the fact that F1 cars aren’t allowed to refuel, meaning that Ferrari couldn’t be using more fuel than the maximum permitted 110kg to start the race. This could explain why their straight line speed advantage disappears during the race. Speed trap figures from the United States show Charles Leclerc was still quickest through Intermediate 1, as well as accelerating across the start/finish line – he did 217.3km/h across the line compared to Bottas on 213.1 km/h.

Team boss Mattia Binotto is quoted by Auto Motor und Sport saying: “These comments are very disappointing and bad for the sport. One should be more careful with the statements. Seb narrowly missed the pole on Saturday and Charles had to miss the third session and drive with an older engine. The problems in the race had nothing to do with the engine. We just could not find a grip. I think some people just drew the wrong conclusions.”