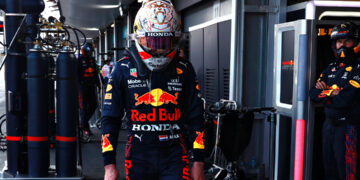 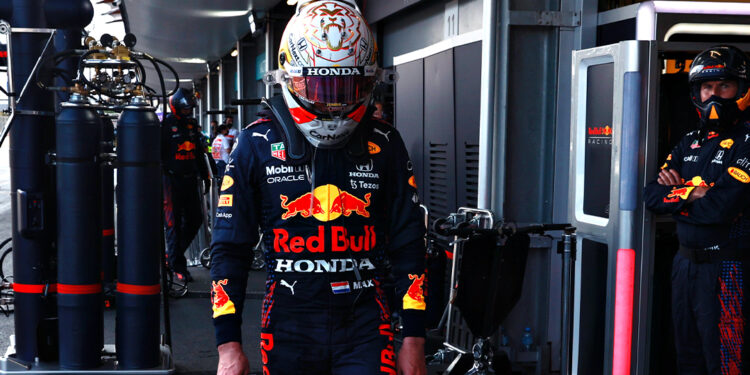 Azerbaijan Grand Prix – Red Bull’s Max Verstappen was left disappointed with his late retirement which saw him suffer a tyre blow and crash into the wall.

The Dutchman retired on Lap 47 which brought out the Safety Car; it would then go on to be a full red flag stoppage. The Red Bull driver was leading the race at the time, but his rear left tyre looked to give way down the pit straight with just five laps to go.

Verstappen’s accident appeared to be a near carbon copy of Aston Martin’s Lance Stroll’s incident earlier in the race and the 23-year-old doesn’t believe that damage from the Canadian drivers’ crash was to blame.

“Sometimes it’s a shitty sport when things like this happen,” said Verstappen to Ziggo Sport, as quoted by RacingNews365.com. “We drive lap after lap and everyone drives the same line.

“It’s weird that it only happens to me. I think they cleaned things up well from Stroll’s crash. Probably Pirelli will say again that it was because of carbon debris, which was the case in Imola last year.

“The fact is that another tyre blew up. Not just with me, but with Stroll. Just hugely frustrating and with a bit of luck we are still first in the championship, but we could have made the gap much bigger.”

Verstappen is still leading the championship after rival Lewis Hamilton was unable to score points following an off at the restart. The Dutch driver was disappointed with the incident and was surprised that there were no warning signs prior to the tyre failure

“I’m bummed by what happened,” continued Verstappen. “I controlled the pace and had to do a long stint on these tyres and tried to match the times of the drivers behind me.

“If I had to go faster than I’d pick up my pace. You don’t want to overdo the tyres and we didn’t. It wasn’t like I suddenly pulled a big gap.

“Everything felt very comfortable there were no vibrations or anything. It was very strange what happened.”