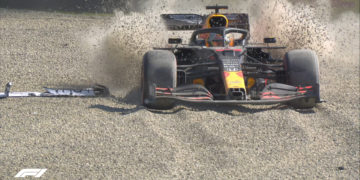 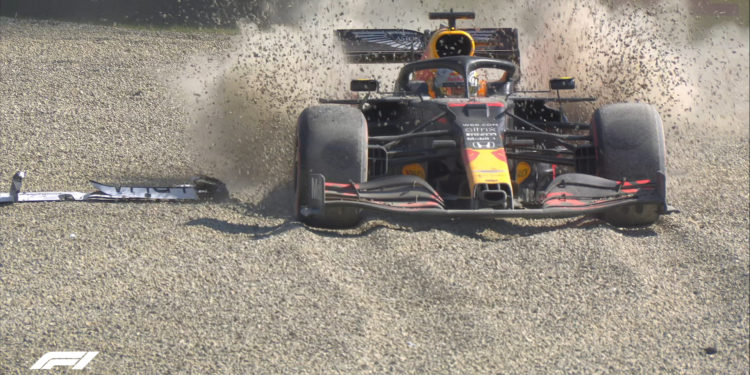 Tuscan Grand Prix – Max Verstappen was one of the first retirements from the Tuscan race after an issue led to a crash on the opening lap.


Verstappen’s Red Bull seemed to be having trouble before the race as his mechanics had the rear cover off his car on the grid. However the issue didn’t seem to be resolved as the Dutchman lost power after his start and fell back down the pack.

“On the formation lap the engine stalled,” Verstappen said to Sky Sports F1 on his return to the paddock. “[It was] probably the same problem as Monza, I guess, because it felt a bit similar.”

Verstappen, starting third, initially had a good start when he took P2 from Lewis Hamilton, who had lost the lead to Valtteri Bottas. “I had a good launch, went around Lewis and then didn’t accelerate, I lost a lot of speed.”

As he fell back through the pack, the Red Bull driver ended up being caught up in an incident involving last week’s winner, Pierre Gasly, Kimi Raikkonen and Romain Grosjean.

Verstappen was shunted into the gravel and ended up beached, the Dutchman however believes that the issue would have most likely put pay to his race so the collision didn’t really change much for him.

“[The subsequent contact] doesn’t matter. That’s what happens when you get in a situation like that, I would have probably retired anyway so it is what it is.”

The safety car was deployed to deal with Verstappen and Gasly’s cars and this then lead directly into another crash as the race was just about to go green again, which caused the second red flagged Grand Prix in as many weeks.