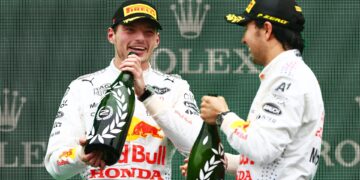 Verstappen: P2 on an off-pace weekend a great result

Verstappen: P2 on an off-pace weekend a great result 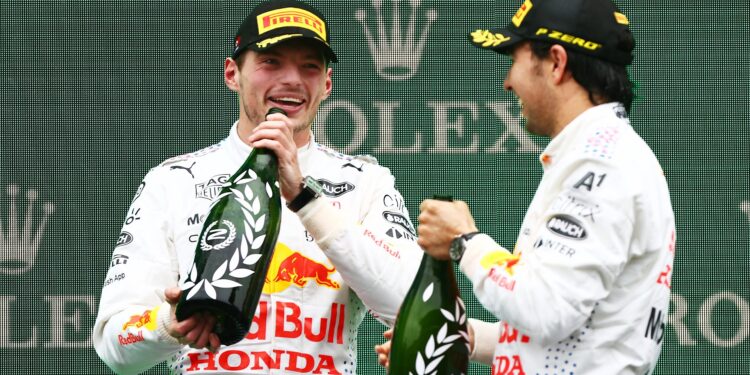 Turkish Grand Prix – On a damp Istanbul Park track, Max Verstappen was satisfied to finish P2 and retake the championship lead on an off-pace weekend.

Starting from P2, thanks to Lewis Hamilton’s 10 place grid penalty dropping the Mercedes driver down from pole to P11, Verstappen held his position but was unable to match the pace of Valtteri Bottas out in front.

“I could already see after a bit in the first stint that [Bottas] was just too quick,” Verstappen told Sky F1. “I did close the gap a little bit at one point but then he pulled away again and my tyres were gone. I just tried to hang on but even Charles [Leclerc] behind was quite quick.

“Once I pitted I basically just drove it to the end because I knew I didn’t have the pace, so it was all about having the tyres in a better shape towards the end so you don’t hit trouble.”

After joking in the post-race interview that the most difficult part of the race was “staying awake”, Verstappen clarified that tyre management was the name of the game and on a track that wasn’t really changing or drying that it was just about making things last.

“It was all about just managing your pace to try and make the tyre last to the end. I tried to do that as good as I could, seems like Mercedes still did a better job at that, especially Valtteri today.

“I tried to follow him around but they had a bit more pace in hand and also they were looking after their tyres I think a bit better than us. Overall on a weekend where we were off-pace compared to them to come away with second here, and third or course with Checo [Sergio Perez], as a team it’s a great result.”

The Dutchman will leave Turkey six points ahead of championship rival Hamilton, but feels that Red Bull do need to find some extra pace if they are going to have a chance of continuing the fight to the end of the season.

“We need to find a bit more pace because six points is nothing and I wish I had a bit more pace overall because it’s going to be tough. So far I can’t complain about the season, we had a lot of good results and we are in a championship fight and that’s all that we could hope for and now we’ll see how it will go.

“Maybe the last races [Mercedes] have picked up the pace a bit but we don’t give up, a lot of things can happen during a race, maybe some tracks hopefully will be a bit better for us and we will see.”