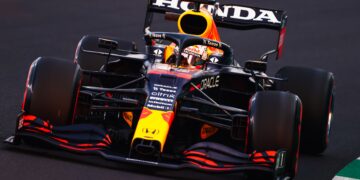 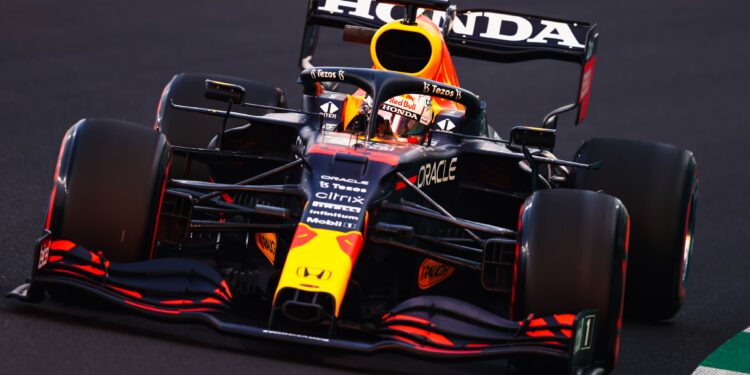 Saudi Arabian Grand Prix – Red Bull’s Max Verstappen has set the fastest time in the final practice session ahead of qualifying for the Saudi Arabian GP.

With qualifying just around the corner, drivers set about getting some short runs in on the soft tyres.

Hamilton was the early leader with the Briton dipping into the 1:29’s in the first 15 minutes of the session. However, Ferrari’s Carlos Sainz raised some eyebrows with a time that was just two tenths off the Mercedes car, and two tenths faster than Bottas in third.

Verstappen’s first attempt was good enough for third with a time of 1:29.863 and two tenths off Hamilton’s benchmark. However, Perez, on his first run set the timing boards alight with a 1:29.511 to go to the top of the timesheets.

The Mexican’s lead didn’t last long as both Hamilton and Bottas leaped to the top of the times. McLaren’s Lando Norris was four tenths off in fourth place, ahead of Sainz.

Hamilton then extended his advantage with a 1:28.314 on the hard compound tyres. An impressive lap from AlphaTauri’s Pierre Gasly saw the Frenchman go into second place, just four tenths than Hamilton’s best time.

Verstappen had another go on the soft tyres and jumped up into second place, three tenths off the benchmark. Another strong lap from Red Bull teammate Perez saw the Mexican go into fourth place, sixth tenths slower than Verstappen, but behind the AlphaTauri of Gasly.

After a busy opening 30 minutes, the drivers settled down into longer runs on the two harder compound tyres. The Canadian was able to carry on with the rest of his preparations after a brief change of tyres.

Going into the second half of the session, Verstappen, using soft tyres, managed to pip Hamilton with a 1:28.212, a tenth faster than his championship rival.

With 20 minutes of the session to go, Aston Martin’s Lance Stroll was called into the pits with a puncture.

There were two moments of drama where Hamilton slowed going into Turn 1 causing Gasly to take avoiding action into the run-off. Moments later, at Turn 7, Hamilton again was going slow on track and compromised Haas driver Nikita Mazepin. The latter had the potential to cause an accident, but on both occasions, drivers took avoiding action.

The Haas team did raise the issue over the radio with Race Director Michael Masi, however it was noticed that there were no flags shown for either driver.

With just over 10 minutes left of the session, Verstappen put in a 1:28.105 on a fresh set of soft tyres to extend his advantage over Hamilton by another tenth.

In the closing stages of the session, Verstappen improved further by just five thousandths of a second to extend his lead at the top of the table.

The two AlphaTauri cars of Yuki Tsunoda and Gasly showed some strong pace in fourth and fifth, ahead of Bottas in the other Mercedes in sixth.

The two Ferrari’s of Charles Leclerc and Sainz set the seventh and eighth fastest times. It was a good recovery from Lerclerc who crashed heavily at the end of Free Practice Two.

Esteban Ocon in the Alpine set the ninths fastest time, with McLaren’s Lando Norris rounding out the top ten.

Fernando Alonso was in 11th, just two tenths slower than his teammate, with Antonio Giovinazzi 12th for Alfa Romeo.

Teammate Kimi Raikkonen was in 13th ahead of Daniel Ricciardo in the other McLaren.

George Russell set the 15th fastest time ahead of Aston Martin’s Sebastian Vettel. Nicholas Latifi was in 17th in the other Williams, with Stroll in 17th, rounding out a torrid session for the British squad.

The two Haas drivers of Mick Schumacher and Mazepin were at the back of the pack.