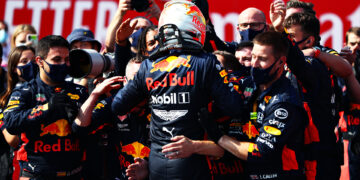 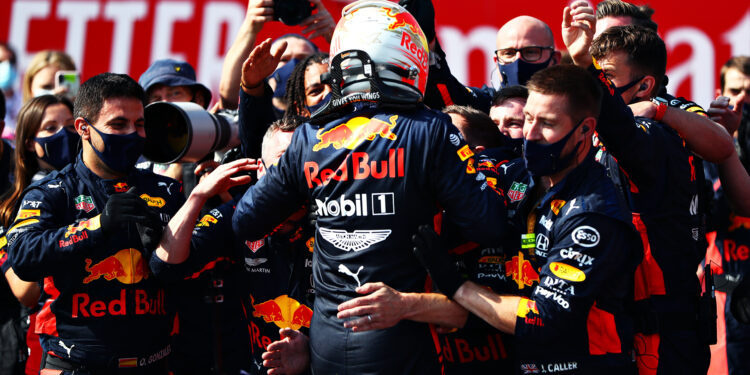 Bahrain Grand Prix – Red Bull’s Max Verstappen made good on his practice form and took a comfortable pole position ahead of the first race of the season at the Bahrain International Circuit.

The Dutchman’s time of 1:30.499 was 0.388s faster than World Champion Sir Lewis Hamilton – both starting on the medium tyres after setting their fastest Q2 times on those compounds. Verstappen seemed undeterred by running wide in turn two and taking a small amount of damage to his car in Q1.

Valtteri Bottas is two tenths behind Hamilton in the sister Mercedes ahead of Charles Leclerc who set a stunning lap in the Ferrari. The Italian team has been an unknown quantity all weekend so the Frenchman will be pleased with a row two start.

Pierre Gasly starts in fifth in a quick Alpha Tauri ahead of the McLaren pair of Lando Norris and Daniel Ricciardo.

Carlos Sainz, who stopped out on track briefly in Q1, topped the session in Q2. The Spaniard starts down in 8th in front of two-time World Champion Fernando Alonso in the Alpine. Lance Stroll rounds out the top ten, the only Aston Martin car to make it into Q3.

Red Bull’s Sergio Perez starts in 11th place after having his first medium laptime in Q2 deleted for running wide at turn four and having to go out again on the same compound. The Mexican was unable to extract any more time from the scrubbed tyres, having used them already in the previous run.

Alfa Romeo’s Kimi Raikkonen starts 14th ahead of George Russell in an impressive 15th for Williams. Esteban Ocon struggled in the Alpine and failed to get out of Q1. The 24-year-old starts down in 16th place, seemingly caught out by yellow flags brought out for a spin by Haas’ Nikita Mazepin in Q1.

The Haas drivers start at the back of the grid, with Mick Schumacher getting the better of his Russian teammate Mazepin.