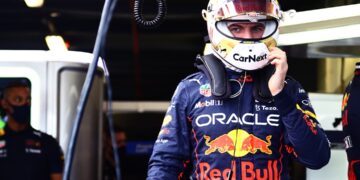 Verstappen satisfied with P2 but not overly happy with the car

Verstappen satisfied with P2 but not overly happy with the car 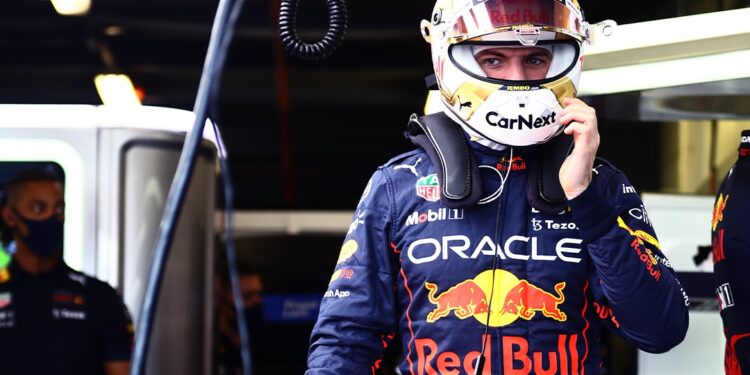 Australian Grand Prix – Max Verstappen will start on the front row for tomorrow’s race despite not managing to get his can setup correctly.

The defending champion has not been at ease in his Red Bull car so far this weekend, with multiple messages to the team being broadcast throughout the sessions where Verstappen relayed the issues to his engineers as well as lockups and spins on track.

However, the Dutchman did his best to drive around the problems and outpaced his teammate to take P2 for the Grand Prix. He explained in the post-qualifying press conference that the balance has been off, no matter what the team have tried.

“It’s been terrible for me the whole weekend so far,” Verstappen said. ”Just not a good balance, all the time chasing something, and I never felt comfortable for one lap, except the long runs.

“It’s just been a big struggle and clearly, we didn’t really seem to fix it, even in qualifying. I just struggled a lot with the balance of the car, and it just doesn’t give you confidence to push. My first run in Q3 started to feel a bit better and I was actually hooking it up, but then I lock up again in one corner, just because of a random balance shift. So, it’s not been great, to be honest.”

The Red Bull racer said that the car usually feels better in the long runs, so if that trend continues he shouldn’t have as difficult a car to deal with in tomorrow’s race.

“Normally in the race the car stabilises a bit more, and it’s not so peaky, compared to finding the grip in qualifying. So, it naturally should be a little bit better. And I think my long run yesterday look quite good in terms of how I felt. So hopefully, it will be the same tomorrow.”

Verstappen was however slightly bewildered with the decision to scrap the DRS zone on the new straight “for safety reasons”, which have not been expanded on, and instead just use the three usual ones. The Dutch driver feels that the additional zone was much safer than DRS in the twisty Saudi Arabian circuit, but also believes the removal will make things more difficult for him in the race.

“With taking away one DRS zone, it’s going to be harder,” he added. “I don’t really understand why they took it away, because it was much safer than what we do in Jeddah, for example. So, it’s a bit of a mystery to me why that happened.”

Bring on Sunday 👊 Reaction to #AusGP Quali from Max and Checo 🗣🇦🇺 pic.twitter.com/wmv9YwxBLN