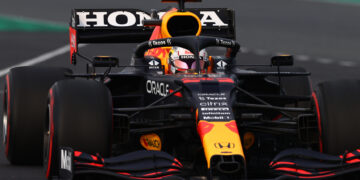 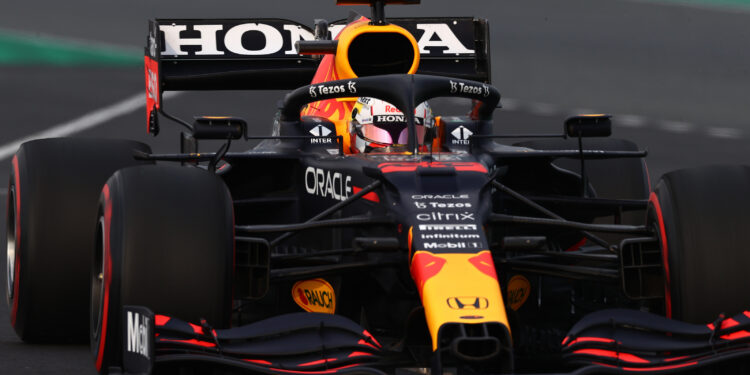 The Dutchman set a time of 1:23.723 which was nearly half a second faster than second placed man Pierre Gasly for sister team AlphaTauri. Valtteri Bottas set the third fastest time not far back in his Mercedes, with teammate Lewis Hamilton in fourth place.

In a rather steady opening practice of the weekend, drivers spent much of the session getting to grips with the new circuit as Formula 1 has never raced in Qatar previously.

It was only until the second half of the session that the lap times started to fall with Bottas setting a 1:24.194, immediately bested by Verstappen’s 1:23.723.

Hamilton appeared to struggle for lap time around the Losail International Circuit after sending radio messages to the Mercedes pitwall exclaiming he was low on engine power. In the closing stages of the session, the Briton came into the pits as instructed by the team due to an issue with the car.

It appeared to be a front wing problem, and Hamilton came back out onto the track with a few minutes left to get some vital lap experience.

Yuki Tsunoda set the fifth fastest time in the other AlphaTauri cementing a first session for them. Ferrari were sixth and seventh with Carlos Sainz getting the better of his teammate Charles Leclerc by just 0.077 seconds.

Sergio Perez had a quiet session down in eighth in the other Red Bull, just head of Esteban Ocon in the Alpine. McLaren’s Lando Norris, who had to come into the pits due to damage after a hard run on the kerbs, rounded out the top ten.

Daniel Ricciardo in the other McLaren was in 11th, ahead of Sebastian Vettel in the Aston Martin in 12th. Nicholas Latifi was in 13th with Antonio Giovinazzi 14th in his last few races for Alfa Romeo.

Kimi Raikkonen was in 15th in the other Alfa Romeo with Williams driver George Russell in 16th. Fernando Alonso was in 17th ahead of Mick Schumacher in the Haas, Lance Stroll in the Aston Martin, and Nikita Mazepin in the other Haas.