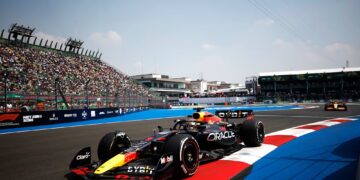 Verstappen takes Mexican pole ahead of the Mercedes

Verstappen takes Mexican pole ahead of the Mercedes 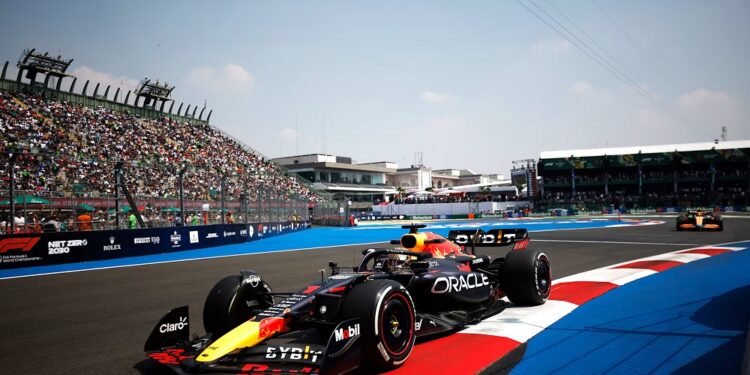 Mexican Grand Prix – It was close up until the end when Max Verstappen blew the competition away. Mercedes took P2 and P3 while Ferrari floundered.

Mick Schumacher was the first to head out to the track where the Autodromo Hermanos Rodriguez had a 60% chance of rain, with the possibility looking most likely for Q3 but whether anything comes of it or not remains to be seen.

The first time on the board was a warm up lap from Schumacher, a 1:32.819, and with ten minutes to go Charles Leclerc led Sergio Perez in the standings, the Ferrari racer with a 1:19.505, 0.903 seconds ahead of the Mexican. At that stage only half the field had set competitive times and it was another few minutes before they had all put in a time.

The track quietened down after that, Max Verstappen had taken over control of P1 with a 1:19.222, ahead of Leclerc and a very speedy Valtteri Bottas. In the elimination zone were Schumacher, Alex Albon, Sebastian Vettel, Kevin Magnussen and Nicholas Latifi.

Schumacher put in a fantastic time, 1:19.695, to launch himself to P6 while his teammate jumped to P11 but unfortunately for the German his time was deleted due to track limits at T2. The Ferraris and Red Bulls, in P1, P2, P5 and P6 and remained in the pits for the final few minutes.

Lewis Hamilton put in the fastest time of the session so far, a 1:19.169, but at the back Schumacher’s second go couldn’t reach the heights of his deleted time and so the Haas driver finished in P16, just behind his teammate.

Joining Schumacher was Vettel, the two Germans posting the same time – a 1:20.419 – while Lance Stroll, Albon and Latifi also failed to progress. Stroll has a 3 place grid penalty for his collision with Fernando Alonso in the United States Grand Prix while Magnussen has a 5 place drop after changing his ICE.

It was a very quiet start to the second part of qualifying with cars hanging on in the pits until twelve and a half minutes and then the Mercedes were the first to get back on track.

Hamilton opened the times with a bang, putting in a 1:18.552, while George Russell was just 0.013 seconds slower. Bottas was once again right on the pace with a 1:18.780, slotting him into P3 ahead of Verstappen.

At the five minute mark, Perez had the track to himself though he had work to do as he was P12, sitting in the elimination zone alongside Yuki Tsunoda, Zhou Guanyu, Pierre Gasly and Magnussen.

The Mexican gave his home crowd something to cheer about, moving up into P3, 0.063 seconds off Hamilton’s effort before the rest of the field went on their final runs. While the Mercedes’ time wasn’t beaten It was very close at the top. Carlos Sainz got the closest, 0.008 seconds off while Verstappen’s effort was 0.014 seconds off Hamilton and 0.001 seconds slower than Russell in P3.

Daniel Ricciardo, Zhou, Tsunoda, Gasly and Magnussen saw their qualifying end there and then, with neither of the AlphaTauri drivers sounding particularly friendly over the radio at the end.

Perez led the return to the track for the pole shootout and set the fastest lap of the weekend so far, a 1:18.153. Not bad for an opening effort but the two Mercedes and his teammate managed better. The Dutch driver was the first into the 1:17s with a 1:17.947 while Hamilton’s time was deleted for track limits at T3.

All but Fernando Alonso were out to try again in the final few minutes, but Verstappen need not have bothered, no one else got into the 1:17s but the double-champion did improve on his time to bring it down to  a 1:17.775.

Hamilton regained his spot behind Russell on the second go, improving slightly on his deleted time to go just 0.005 seconds slower than his teammate.

Perez could only manage P4 for his home crowd while the two Ferraris were split by Bottas, who continued his very impressive form through all three parts of qualifying, Sainz taking P5 with Leclerc P7.

Lando Norris was P8, the last to be within a second of Verstappen, the McLaren driver finishing ahead of the two Alpines of Alonso and Ocon.