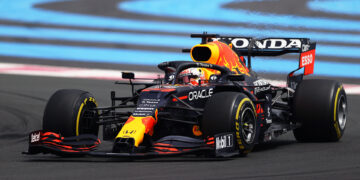 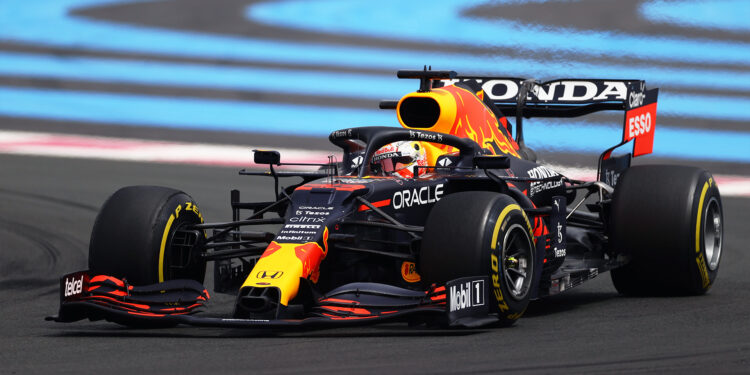 Red Bull swapped Verstappen to a two-stop race which allowed the Dutchman to capitalise on fresher tyres in the second half of the race.

Sergio Perez in the sister Red Bull was able to use fresher tyres to steal third from Valtteri Bottas in the closing stages of the race, leaving the Mercedes driver to settle for fourth.

However, Mercedes, who were behind Verstappen before he pitted, failed to react which allowed the Red Bull driver to close in for a tense climax.

Verstappen started on pole but lost ground at the start which allowed Hamilton to move past when the Red Bull driver and ran wide at Turn 2. The top positions remained unchanged until Valtteri Bottas blinked first and pit on lap 17. Verstappen reacted immediately and pit a lap later.

Red Bull turned the car around quickly and, when Hamilton pit a lap later, it allowed the Dutchman to get alongside the Mercedes out of the pits and take the lead.

On fresher medium tyres, Verstappen was able to catch Hamilton by some two seconds a lap. However the Red Bull’s charge seemed to tail off and it looked at though Mercedes had done enough to ensure Hamilton’s victory.

Perez allowed the rampant Verstappen past which set up a run on Bottas with nine laps remaining. With just two laps to go, Verstappen got into DRS range of the Mercedes and had a comfortable pass on Hamilton to take victory.

McLaren overcame a poor start and used excellent race pace to finish best of the race. Lando Norris, who pit much later than his teammate, finished in fifth, with Daniel Ricciardo finishing in sixth.

Pierre Gasly had a solid race for Alpha Tauri who finished in seventh, just one second behind Ricciardo at the end of the race.

Fernando Alonso scored some valuable points for Alpine on home turf finishing in eighth place ahead of Aston Martin driver Sebastian Vettel who was one of the last drivers to pit. Teammate Lance Stroll rounded out the top ten.