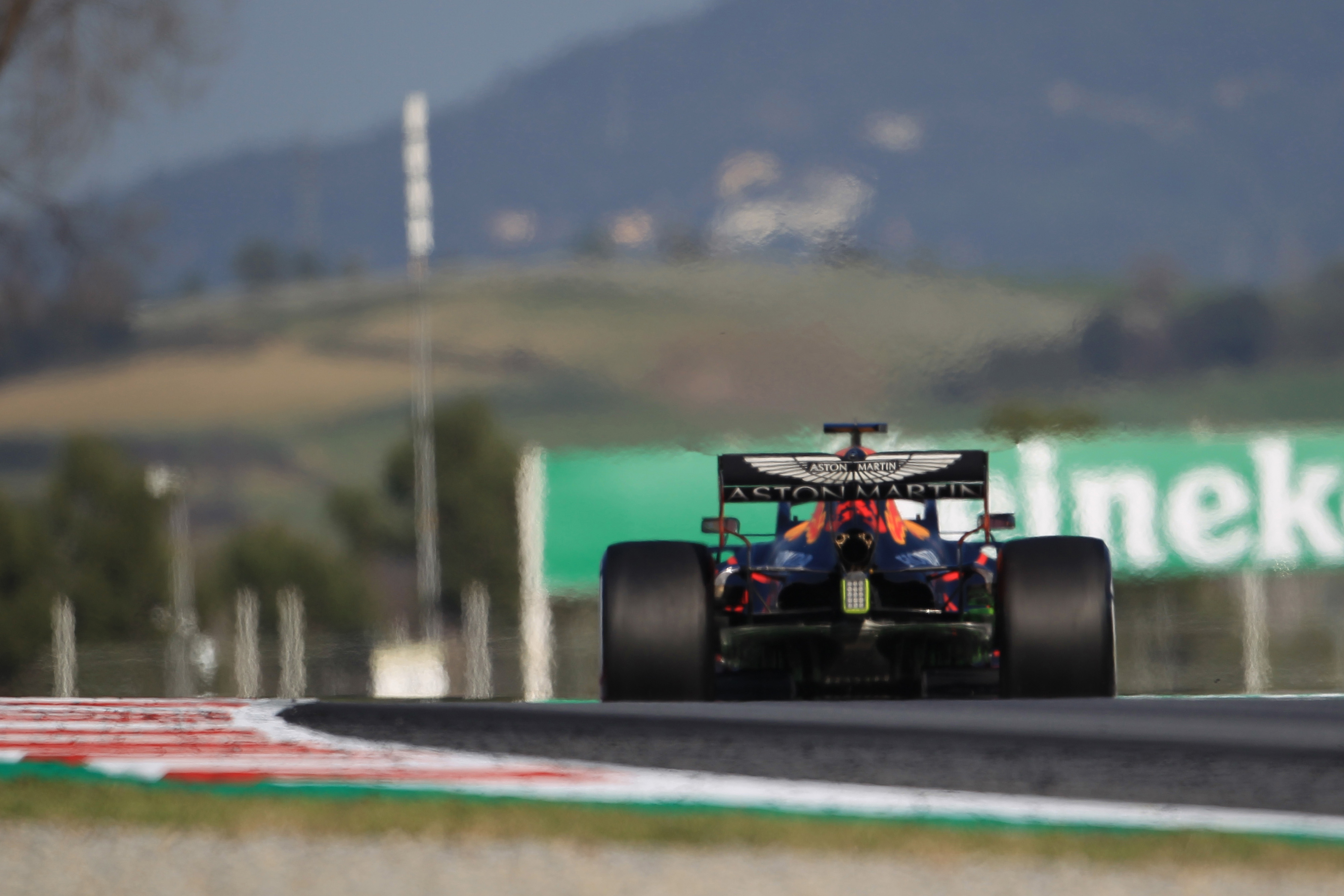 Share on FacebookShare on Twitter
Max Verstappen says he can feel improvements in every area of the new Red Bull RB16, after completing the most laps on the first day of testing.

Red Bull Racing’s Max Verstappen was at the wheel of the new RB16 for the entirety of the first day of testing as the first three day test got underway at the Circuit de Catalunya-Barcelona.

Verstappen ended up putting in the most laps on anyone on the day, putting 168 laps in total – enough laps for two and a half Grands Prix. He finished P4 on the timesheets.

Jumping out of the car at the end of the day, Verstappen said he could feel clear improvements on the car’s predecessor – a car good enough to win three races in 2019.

“It’s been a good day.” said Verstappen. “It’s always important to do as many laps as possible and today was a really good example of how you should do it, so I’m very happy.”

“We have improved the car in the areas we wanted to over the winter and the car feels faster everywhere, which is great. The reliability has been good so far, so now we just have to do a lot more laps, test all the new parts and see where we can improve it further. Hopefully we’ll have done enough!” concluded Verstappen

With testing reduced from eight days down to six this year, Head of Race Engineering Guillaume Rocquelin said it’s important to get clean milage in: “We had a really good day. We have a compressed test schedule this year so we are focusing on slightly longer runs than normal to get what we need from testing.”

“It’s not always easy, as the conditions in Barcelona at this time of year are never ideal – it is just a bit cold – and the track surface is not really representative, but we got through the whole plan and more today, which is very encouraging. So, we have a tired, but happy driver and a lot of information to sift through. We’ll ramp things up again with Alex tomorrow, but all in all, a very positive start for us.”

Alex Albon will take over the RB16 for Thursday’s track time.