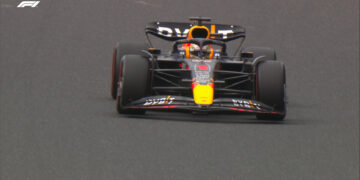 Verstappen tops final practice ahead of the Ferraris

Verstappen tops final practice ahead of the Ferraris 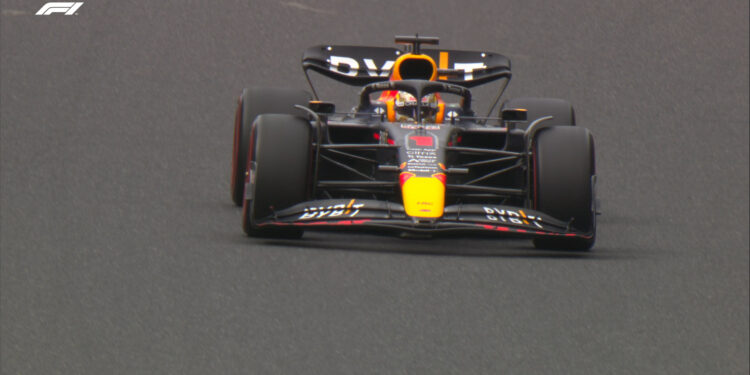 Japanese Grand Prix – Max Verstappen beat the Ferraris to the top of the times in the final practice as the drivers finally got some dry running at Suzuka.

After both Friday practices were held in wet conditions, there was no sitting around in the garages today as the final practice session would take place on a bone dry track. Mercedes’ George Russell led the queue of cars out of the pit lane and set the quickest time seen at the circuit so far this weekend, a 1:37.969 on the medium compound.

Russell’s time was quickly demoted and after the first round of times were logged it was the two Red Bulls at the top of the times followed by the McLarens and the AlphaTauris. The target time for the grid to beat at that stage was Max Verstappen’s 1:32.050 set on the softs.

There were no significant time changes in the majority of the remainder of the first half hour of the practice, most of the drivers focused on completing some longer runs, while there were quite a few complaints about the gusty conditions on track. Just before the clock hit 30 minutes though the two Mercedes jumped up into the top four on fresh softs with Russell splitting the two Red Bulls while Lewis Hamilton was P4 just ahead of Valtteri Bottas, who had also improved and demoted the McLarens.

With fresh tyres on all around the times were all changing and Ferrari made it to the top of the times with both cars taking significant time off Verstappen’s opening effort but it was Carlos Sainz who had the better time at that stage with a 1:30.965.

In the last few minutes of the session Verstappen once again took control of the top of the timesheets, shaving a few tenths off Sainz’ best to post a 1:30.671, despite going slightly wide at the final corner.

The Ferraris of Sainz and Leclerc took P2 and P3 while Fernando Alonso, with a 1:31.320, pipped Sergio Perez to P4. The Mercedes cars took P6 and P7, Russell slotting in a few hundredths ahead of Hamilton. Lando Norris kept one of the McLarens in the top ten, the Brit’s time 1.076 seconds slower than Verstappen’s.

The top ten was rounded out by Esteban Ocon in the second Alpine with a 1:31.750 while Aston Martin’s Lance Stroll took the final spot with a lap just less than a tenth slower than Ocon’s.