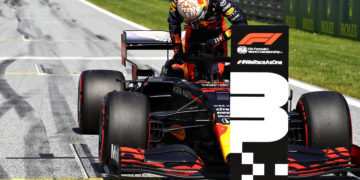 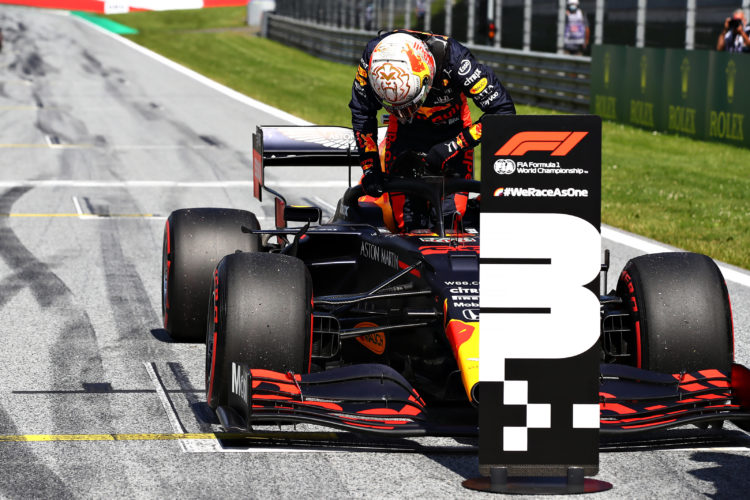 Austrian Grand Prix – Red Bull’s Max Verstappen says he wasn’t entirely happy with the balance of his RB16 as he lines up P3 for Sunday’s race.

The Dutch driver is going into Sunday’s race at the Red Bull Ring as the defending winner, having claimed momentous wins at the track in 2018 and 2019. His bid to do so is proving difficult this year, as Mercedes are enjoying a half second advantage at the front of the pack, while Max managed P3 once the crunch part of qualifying came around.

Speaking after the session, Verstappen explained that he wasn’t entirely comfortable with the handling of his car: “I was not entirely happy with the balance. Some corners were good, some were not, so then the gap can be a bit bigger but still I think, yeah, half a second is quite a decent gap. What can you say about it? We just need to work harder and try to close that.”

“We’ve never been the quickest over one lap on this track and hopefully in the race it will come a bit closer.”

Verstappen is the only driver in the top ten to be starting the race on the Medium compound, having made it through Q2 on the alternate compound. It means that it does force Mercedes to keep an eye on him, and Verstappen said he was delighted to have been able to do a 1:04.000 to finish inside the top ten of Q2.

He also confirmed that he was the only Red Bull driver running the updates the team have brought to Austria, with Alex Albon running older-spec parts like the front wing.

With a tough ask ahead of him for Sunday, Verstappen says the only thing he can really do is try his best: “I guess time will tell and we’ll find out during the race. I’ve just going to try the best we can from our side and see how the tyres are holding on, and we’ll see.”