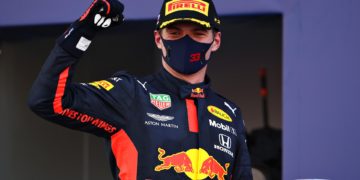 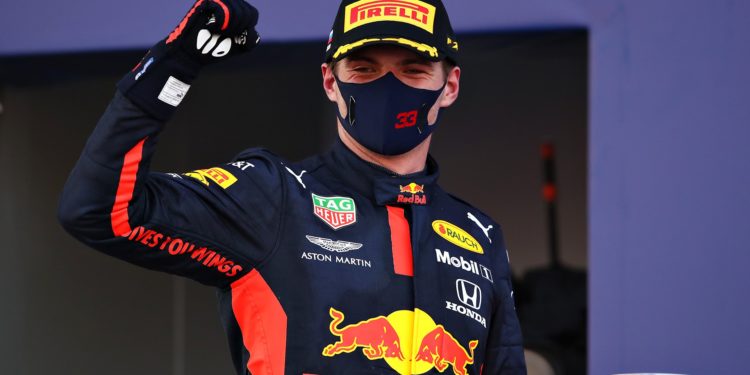 Russian Grand Prix – Max Verstappen couldn’t challenge for the race win at the Sochi Autodrom but was happy to split the Mercedes at the end.

Qualifying second yesterday meant that Verstappen would be starting on the slower, dirtier side of the track. The Dutchman lost out to Valtteri Bottas at the start, the Mercedes having the advantage of the cleaner side of the track and the slipstream from Hamilton.

“Very low grip on the inside [at the race start] so that cost us a bit,” said Verstappen. “But I think that it was quite interesting, the first few corners. I had to take that other chicane and luckily got through there without any issues.”

The Red Bull team have been trying to sort out balance issues on Verstappen’s car all weekend but the Dutch driver said the problem was less pronounced after his pitstop and change to the harder compound tyres.

“After the restart I think we were a little bit slower on the medium [tyre]. I was having problems with the balance, but once we went onto the hard tyre we were a little more competitive, so pretty happy about that.

“I was just trying to do my own race, [the Mercedes] are faster but I think we managed [the gap to Hamilton] well and I did everything I could. At the end, to be able to split the Mercedes cars again, I think we can be pleased with that.”

Having failed to finish the past two races, Verstappen was very pleased with today’s result. “I’m very happy with second,” Verstappen added. “Especially after two DNFs, I get a good amount of points.”

It also means that, of the races he has finished, the Red Bull driver has only crossed the chequered flag in podium positions so far this season.