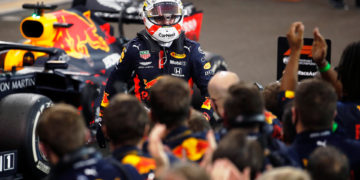 Verstappen: “We did everything right” to win season finale

Verstappen: “We did everything right” to win season finale 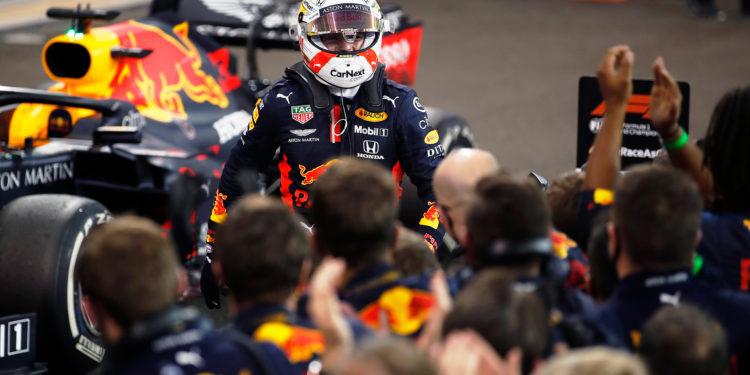 After being delighted to take his first pole of the season yesterday, saying it had been “frustrating” to have had to settle for being behind the Mercedes drivers all year. Mercedes have taken the top stead in Abu Dhabi ever year since 2014, with Lewis Hamilton taking four of those six trophies, but today it was all about Verstappen.

The Red Bull driver was never challenged for his position and, aside from navigating backmarkers, the closest his rivals got to him after leaving the starting grid was during the early Safety Car period to recover Sergio Perez’ car from the side of the track.

“We did basically everything alright, I think once you start up front you can control the pace a bit more and it makes your life a bit easier.”

Towards the latter stages of the race Verstappen was reporting vibrations on his tyres and was worried about whether they would last. He wasn’t the only one with issues though, so in the end it all worked out well for the Dutchman.

“I saw they were dropping off behind me so then I could take it a bit easier. Of course I had to go through a bit of traffic, you know the back markers, but overall it was just a very strong race for the team.”

While the Championship winning Mercedes cars celebrated the end of another successful season by performing doughnuts on the pit straight at the end, Verstappen however decided not to join in and instead save his celebrations for the podium and afterwards instead.

The moment @Max33Verstappen made it 🔟 wins in F1! 💪#AbuDhabiGP 🇦🇪 #F1 pic.twitter.com/B7F0tdBlCU