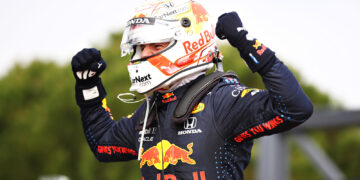 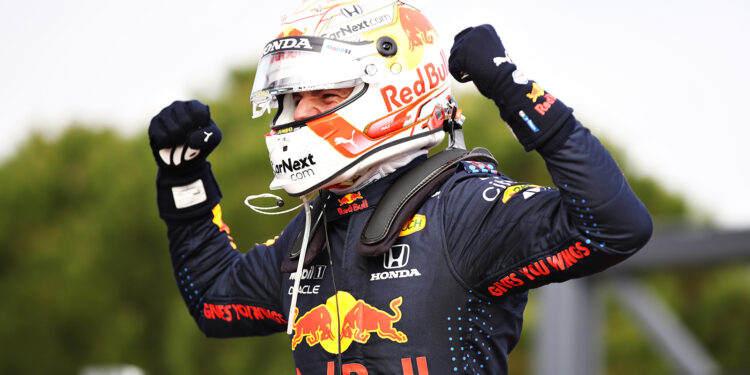 The Dutchman managed to maintain his composure in an incident-packed race which saw a rain affected start and a red flag period.

Verstappen made the better start and bolted from the grid, darting up to the lead from third on the grid. Hamilton and Verstappen battled hard with Hamilton losing a piece of his front wing running over the kerbs.

Once the track was dry and cars started to pit, the seven-time World Champion started to claw back the deficit, however the Briton spun and hit the barrier. He managed to keep the car running and limped back to the pits but was a lap down on the front runners.

Williams’ Nicholas Latifi lost the car at Acque Minerali and whilst rejoining the circuit, he collided with Haas driver Nikita Mazepin which brought out the Safety Car. An incident between Mercedes’ Valtteri Bottas and Williams’ George Russel brought out the red flags whilst the damage was cleared.

Once the race resumed, Norris on his softer compound tyres managed to pass Ferrari’s Charles Leclerc and kept the Monegasque driver at bay. With a recovering Hamilton nipping at their heels, the Mercedes driver managed to pass both drivers in the closing stages of the race.

It was a messy race for Red Bull’s Sergio Perez – the Mexican driver started on the front row, but he lost it under the Safety Car period, skimming across the gravel. He was awarded a 10s penalty for passing both Daniel Ricciardo and Pierre Gasly.

Aston Martin’s Sebastian Vettel was the first driver to blink who pitted for medium tyres in lap 22 but retired on the last lap. It was tricky for the drivers after a deluge of rain minutes before the race made half of the track wet, whilst the rest was dry.

Verstappen was the first of the front runners to pit for dry tyres, but Hamilton stayed out a lap longer in order to get the overcut on the Red Bull. However Vertappen was ahead of Hamilton after the stop and the Briton had to hunt down the Dutchman.

It was a good day for the Ferrari’s which Charles Leclerc running in a podium position for the majority of the race, however he couldn’t keep Hamilton at bay and finished in fourth. Teammate Carlos Sainz finished in fifth after a strong recovery from 11th on the grid.

Daniel Ricciardo finished in sixth for McLaren – the team swapped their drivers around on lap 18 with Norris clearly faster at that stage. Lance Stroll finished in seventh whilst Pierre Gasly recovered up to eighth after a disastrous opening stint which saw the Frenchman start on the wet tyres – most of the field on the intermediate.

Vettel retired on the final lap pulling into the pits, whilst Bottas, Russel, and Latifi were the other non-finishers.