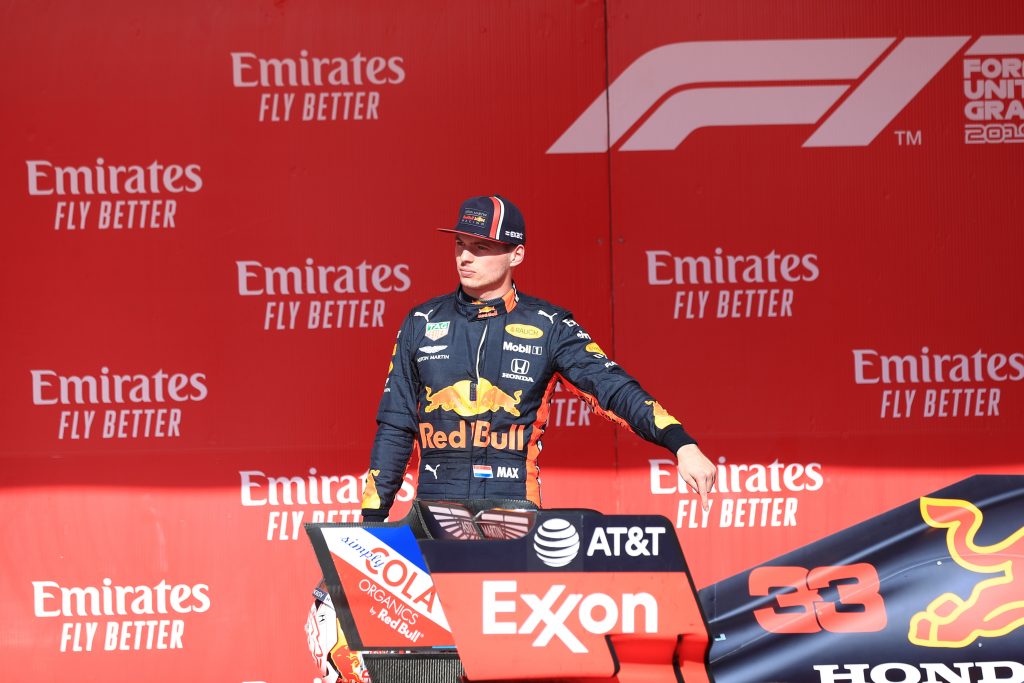 Verstappen’s race compromised by hole in his floor

Verstappen’s race compromised by hole in his floor

United States Grand Prix – Red Bull Racing’s Max Verstappen says he had damage that affected his race at the Circuit of the Americas.

The Dutch driver finished the US Grand Prix in third position, right on the back of Lewis Hamilton after closing up in the final laps. Any potential move to steal second place away from the Mercedes driver was stymied by double yellow flags on the final lap as Kevin Magnussen slid off the track with an apparent brake failure, and Verstappen said afterwards that damage picked up on the first lap may have played a role in not fighting properly for the outright win.

“For us, it was quite a good race.” said Verstappen after the race. “We were the only ones being able to deliver a fight with the Mercedes, but I found out after the race I got a hole in my floor, which I can’t explain because I didn’t touch anyone.”

Having stolen second place away from Ferrari’s Sebastian Vettel on the opening lap, Red Bull thought that he might have made some contact with the German driver as they thought he had front wing damage: “Initially, they told me it was the front wing which was causing my imbalance and instability but then I looked at the floor and was like “I’m pretty sure that front wing is not ininfluencing my balance that much compared with what I had on the floor.”

As for whether the damage cost him a higher place finish, Verstappen said: “Of course, it’s always difficult to say what that would have brought us but it is a critical area on the car, that floor area. Basically, it was missing on one side. Especially on an aero track like this it’s quite painful. Still to be in the fight with Mercedes cars is a good achievement for us.”

Team boss Christian Horner said he thought Red Bull just had a slight pace deficit to the Mercedes runners, but Verstappen might have been able to steal second place without the yellow flag interference.

“It was a decent race for us.” said Horner. “I mean Max picked up a bit of damage on the first lap so the front wing was slightly compromised. The first turn. I think we were probably a tenth or two shy of the Mercedes on out right pace today. I think the strategy, the two stops was quicker than the one stop. Without the yellow flags at the end there, i think he would have got a run and got that second place. Certainly within striking distance, the progress that we’ve seen this year particularly with the Honda engine has been really encouraging.”