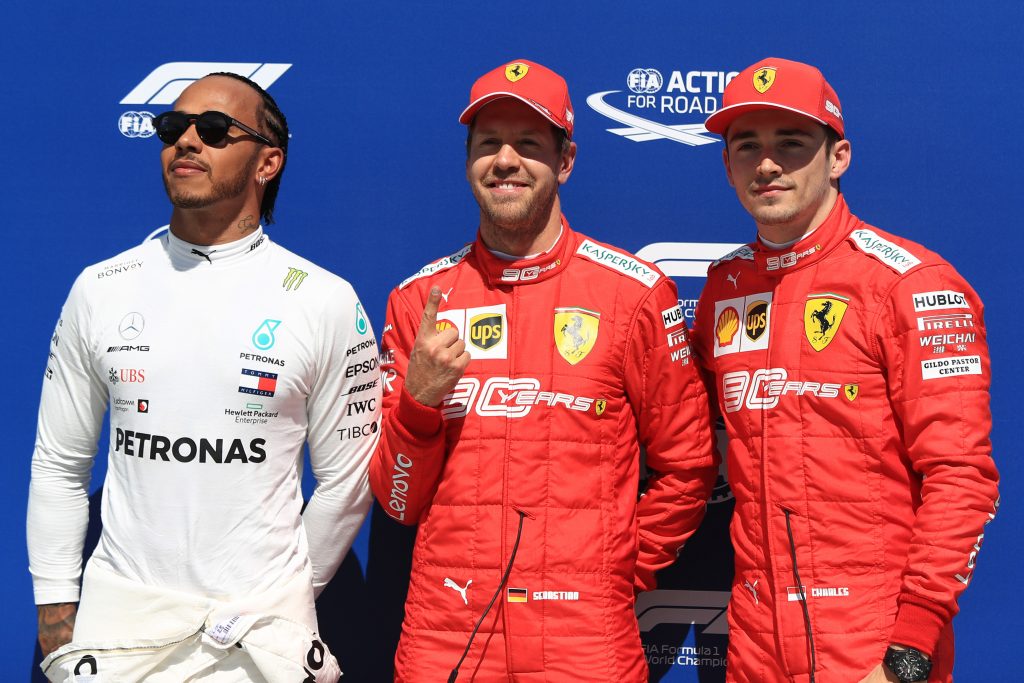 The Ferrari man took his first pole position since the 2018 German Grand Prix after vanquishing in an entertaining qualifying hour.

With Hamilton ahead in the early stages of Q3, Vettel set a final lap of 1:10.240 to go two tenths faster than the reigning champion after a mighty sector three time, profiting from Hamilton’s error at the hairpin.

Team-mate Charles Leclerc was a few tenths off the pace and, surprisingly only gave a muted challenge in the final part of qualifying.

Daniel Ricciardo delivered one of the surprise results of qualifying, finishing in fourth place and taking advantage of below-par sessions for Red Bull’s Pierre Gasly and Mercedes’ Valtteri Bottas, who spun on the exit of turn two on his first flying lap in Q3.

Team-mate Nico Hulkenberg took seventh, with McLaren’s Lando Norris and Carlos Sainz in eighth and ninth, ahead of Haas’ Kevin Magnussen, who crashed heavily in Q2 after crashing at the wall of champions.

On his final flying lap, the Haas driver lost the rear of the car on the exit of the final chicane and clattered the wall, which sent his car spinning into the pit wall on the opposite side.

The collision and debris brought out the red flag, which hampered the flying laps from the other drivers.

Magnussen’s earlier lap was sufficient to qualify in the top ten, but Max Verstappen was the shock casualty from Q2; having tried to progress on the medium-compound tyres, his sole lap on the soft tyre was interrupted by the crash. He was joined by the Toro Rosso duo of Daniil Kvyat and Alexander Albon, Alfa Romeo’s Antonio Giovinazzi and Haas’ Romain Grosjean.

Alfa Romeo’s Kimi Raikkonen was knocked out in the first part of qualifying, and he was joined by the Racing Point’s of Sergio Perez and Lance Stroll, along with the Williams pairing of George Russell and Robert Kubica.